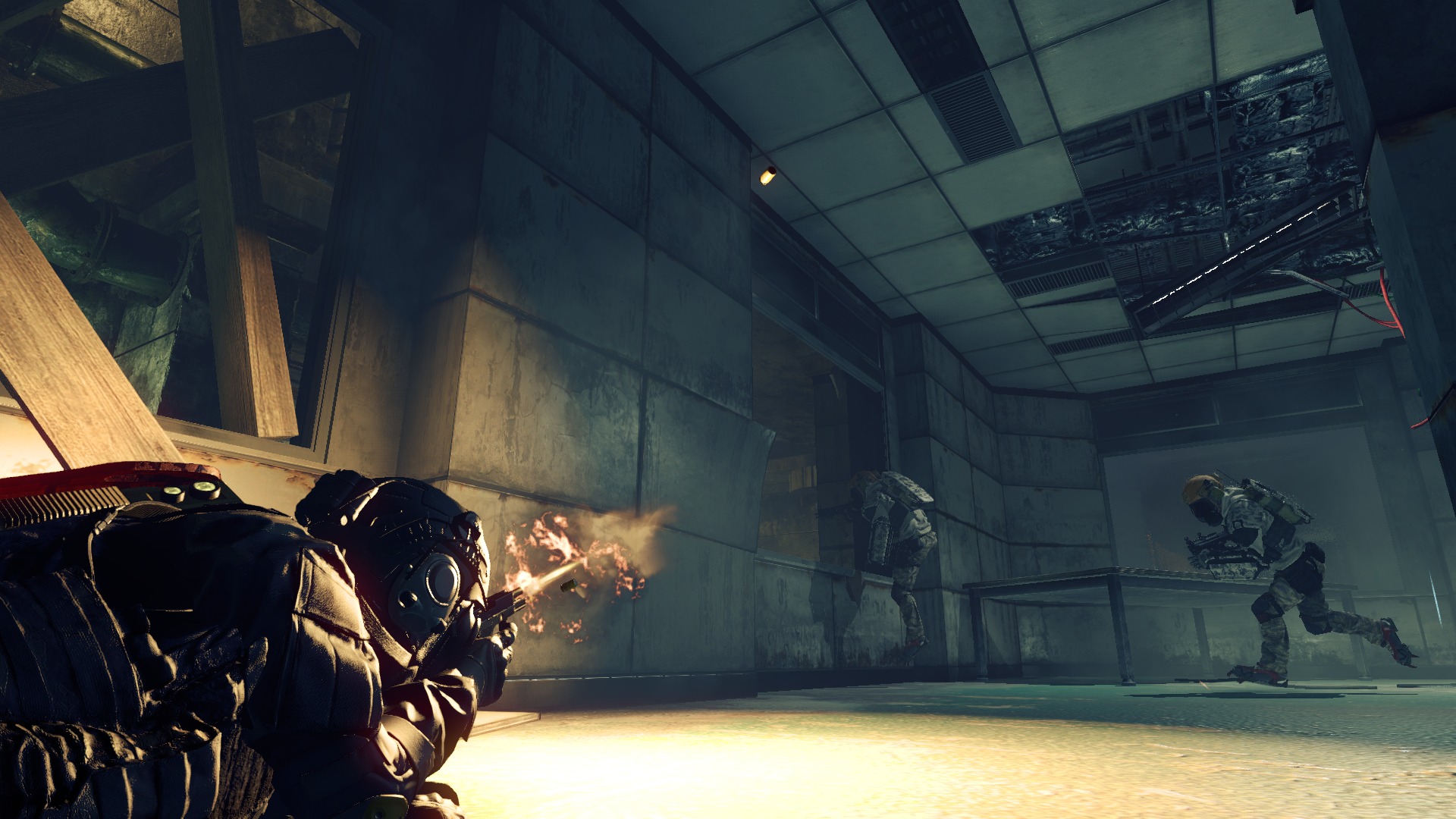 Capcom’s take the team based competitive FPS, set in the Resident Evil universe, Umbrella Corps, has only been available for a little more than 24 hours and it seems like overall response from the community can be summed up as a collective “meh”.

Over on the Steam user reviews section Umbrella Corps has been met with 67% of reviews bearing a ‘negative’ rating. In order to leave a review for a game users must have it in their Steam library, which means the visible reviews on the Umbrella Corps page reflect the opinion of players who have at least some time into the shooter.

Some have complained of broken aiming when using a mouse & keyboard as well as limited in game options: 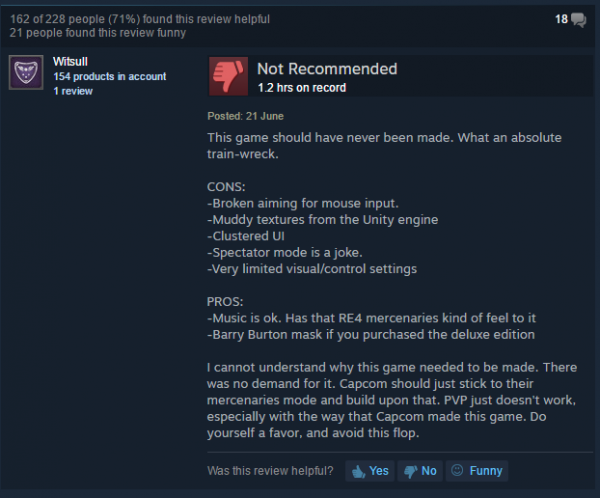 Others have said that movement feels rather clunky, the over-the-shoulder camera feels limiting and that the mouse anchors in the middle of the screen: 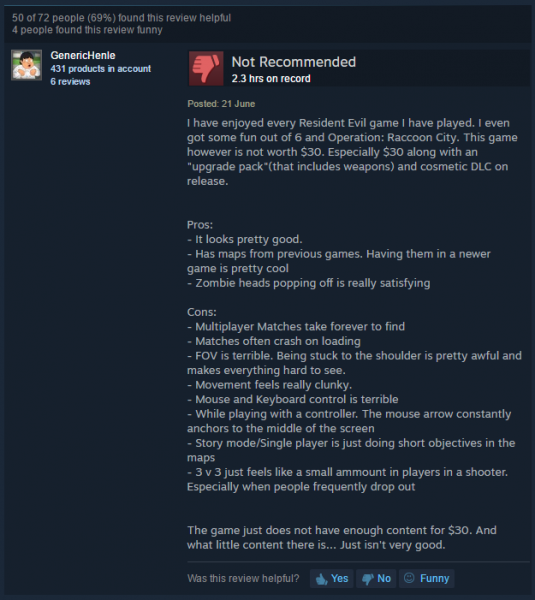 In terms of server population players are finding that there are less than 300 concurrent players on at one time, at least for the PC version. Others have noted that Capcom has pretty muched butchered the marketing of this game with little in the way of advertisements, trailer spots or other pre-release hype. When we visited Capcom’s booth at E3 the game was nowhere to be found and instead the company had a large booth dedicated to the newly unveiled Resident Evil 7.

This post from Reddit sums up Capcom’s marketing failure when it has come to Umbrella Corps quite well:

So, In the end did Capcom know that they were sitting on a turd of a game and that is why they chose not to throw any marketing muscle behind it? If you’ve played Resident Evil: Umbrella Corps please let us know your experience with the game in the comments section. I am probably going to steer clear of this game, I got burned with Resident Evil: Operation Raccoon City a few years back and the low server population does not instill confidence that this game has any staying power – although, from the look of things it barely rose from the grave.