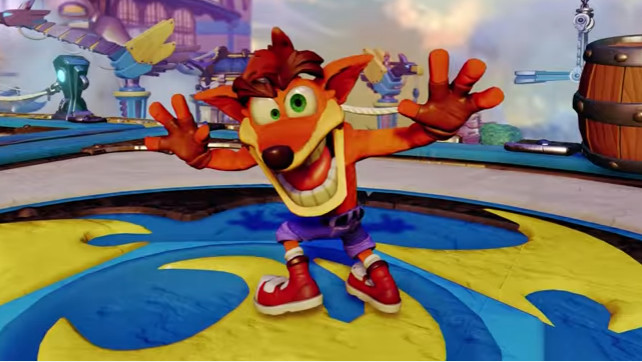 In perhaps the most unexpected, and at the same time exciting news, Crash Bandicoot is coming to Skylands! Of course Crash Bandicoot has been a longtme sibling game to Spyro the Dragon, on which the entire Skylanders series was based.

In this next game, a wormhole has opened in Skylands and the great Aku Aku appears! He has come to announce the once-in-two-decades Synchronization Celebration–a time when all of the worlds align perfectly. All the inhabitants of Wumpa Island are having a party and they want to invite the Skylanders. But with Kaos on a quest to take over Skylands using his army of Doomlanders, the Skylanders must focus on stopping his evil plans. Never one to shy away from danger, the legendary marsupial Crash Bandicoot leaps through the wormhole to join the Skylanders in the ultimate battle against Kaos!

Activision is also running a contest to design your own Skylander at www.skylanders.com. Skylanders Imaginators will be released for the Wii U, PlayStation 3 and 4, Xbox One, and Xbox 360 on October 16th.