King of the Kill has been a site favorite for quite a while, Rae and I will often boot it up for an hour of two of relatively low-key fun. One of the most fun things we do is to find an ATV drive it around and look for some trouble. It seems that we are not the only people who enjoy that particular style of game play, as Daybreak has just announced that they will release a new mode essentially based around it.  Instead of parachuting in, you’re going to start on an ATV, with a bomb strapped to you. 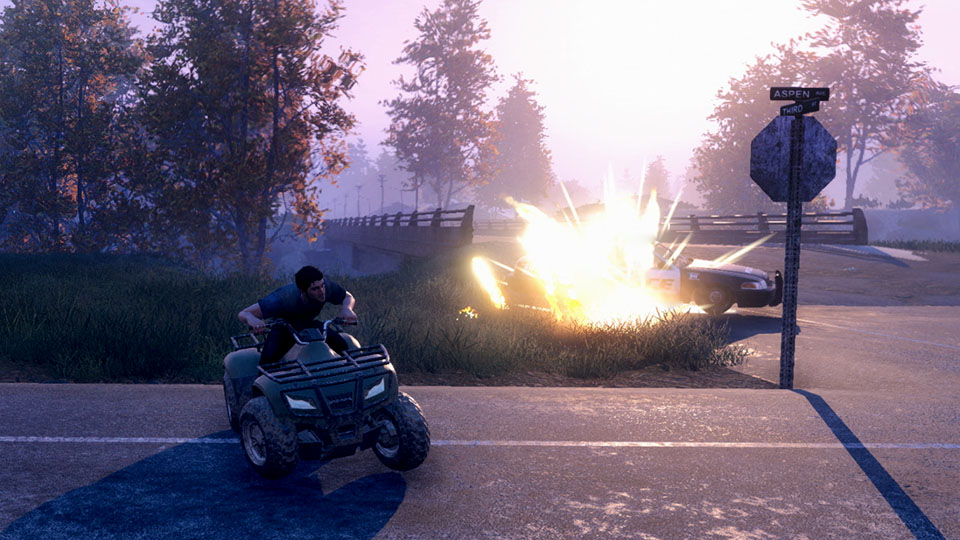 The mode is called ignition, and its central premise is that Ignition starts each challenger off with their very own ATV and a pack of explosives strapped to their body. If that sounds a bit well, crazy, its cause it is. Just like in other modes, players have a limited time to find weapons and other survival items, then a horn goes off a safe zone is marked, and its a free for all. In the case of Ignition mode, if you don’t make it to the safe house, you blow up. Ignition adds the twist of having more than one safezone for players to go to. Anyone who fails to reach sanctuary before the countdown expires will trigger their devices, eliminating them from the match. Players that leave the safe zone before the detonation timer resets for the next wave will meet a similar fate.

The mode sounds pretty fun to me! I haven’t been playing much King of Kill recently, but this may just be enough to get me to pop back in and have a look at this fun twist on survival games.

Tags: Daybreak gamesH1Z1Kink of the Kill