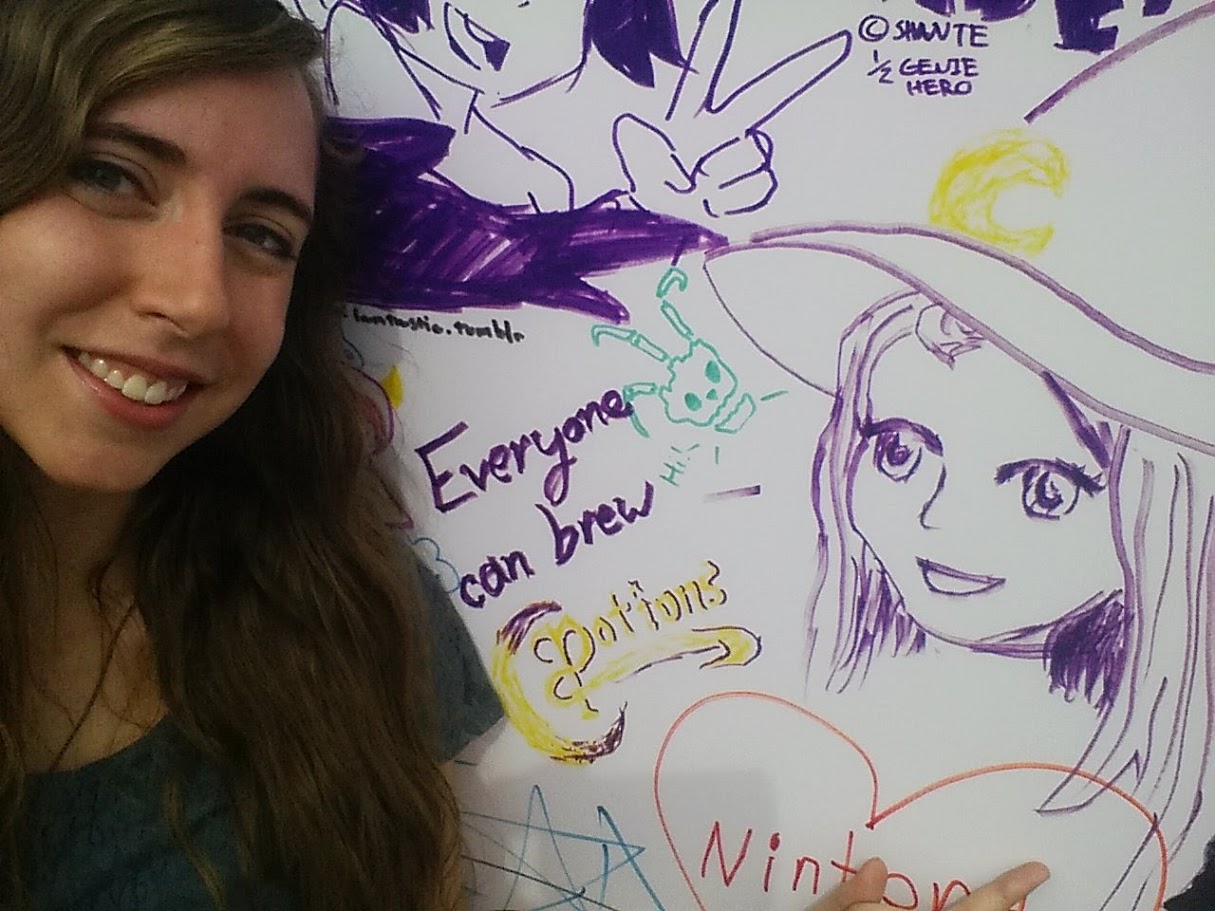 I made a game that I would enjoy and, as I was a woman developing the game, I produced a game that girls and women enjoy immensely. This wasn’t my intent, though, and I only stumbled onto that realization after over a year into development.

I had shown Potions: A Curious Tale at a number of conventions before attending Geek Girl Con, a convention in Seattle focused on “celebrating the female geek.” Yet it was my experience there that completely changed the way that I viewed myself and my game. 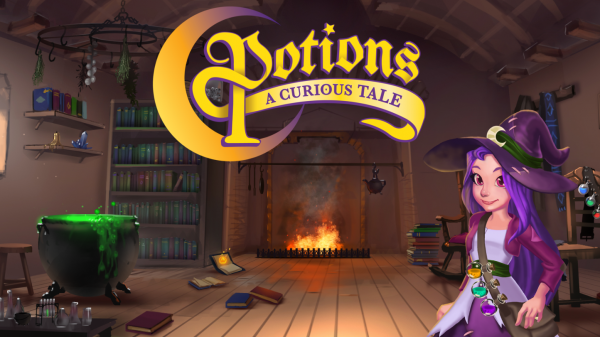 “That’s me!” one girl exclaimed, pointing to Luna, the main character of Potions: A Curious Tale.

“Thank you for doing this. She’s teased at school for playing games,” said a mother to me regarding her 2nd grade daughter.

“You made this? I can make this?!?!” a girl with wide eyes and a growing grin asked me for confirmation.

One set of parents had to return to my booth three times to retrieve their daughter from in front of the screen of Potions: A Curious Tale. Another set had to remind their daughter that her brother was waiting to play as well.

In the entire expo hall, no booth was as swarmed with girls, parents and women as mine. I watched girls learn WASD (keyboard) controls for the first time. I watched them exclaim and giggle and gasp over the game and the trailer. And I saw a sparkle of inspiration in their eyes when they saw Luna conquering problems in her own way. 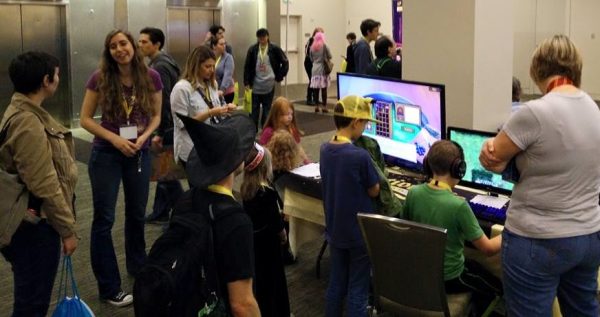 They were enamored and I was blown away by their response and enthusiasm. The warmth I felt was indescribable when a girl would excitedly chatter to me about the game, then break into a stunned, excited gasp when I let them know I was the lead developer.

I can understand their response: In 2nd grade, my teacher told me that “girls don’t need to know more math” when I requested additional work after completing the program months early; I fawned over Faris (Final Fantasy V) and Rose (Legend of Dragoon), the first strong women I ran into in video games; I couldn’t speak up in voice chat in first person shooter games without the whole server going into uproar about my gender. While I was passionate about my studies and video games, I didn’t have a female figure to look up to for inspiration when I was teased for getting good grades or for playing my favorites games. 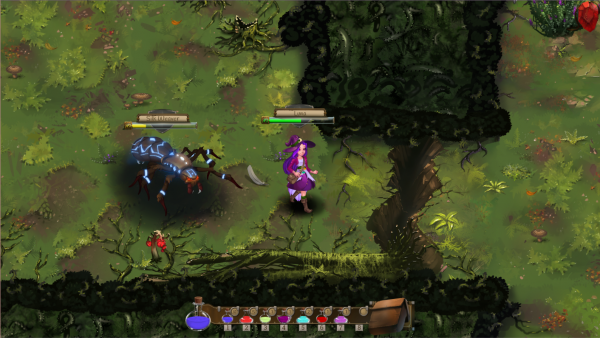 I realize that Luna and I filled those roles for the girls that I met; Her with her adventures through magical lands with dangerous creatures, and me with my dive into a challenging industry that is known for its poor treatment and low population of women.

While over 50% of gamers are women, only 22% of the game industry are women. This means that many games are developed by vastly male teams and, in turn, tend to appeal to men more than women. Often when games are made “for girls”, they end up feeling shallow and lifeless, because they are designed as “what guys think girls like” instead of being designed and produced by women with an understanding of the audience.

While the main character is a girl, I hadn’t expected such admiration for the game from young girls. I had made the game with the gamers of my generation in mind, those who grew up playing Zelda and Final Fantasy. Due to those inspirations, the game fit that slot for this younger generation. And, unlike those games, it featured a character that girls could relate to. 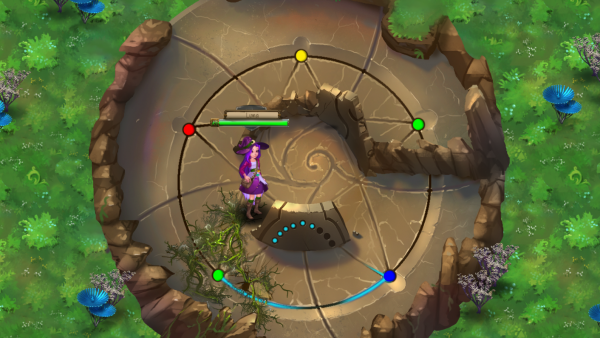 Many games targeted toward younger gamers have relatively low skill caps, but I built Potions to bring back the challenging game play of older games I enjoyed while growing up. Potions: A Curious Tale also straight up breaks many conventions: Combat is not always the answer; your character isn’t all-powerful or destined for greatness; and interactions with creatures can be just as much of a puzzle as the actual puzzles in the game.

Due to breaking these conventions, I saw many young girls take to the game much more quickly than older, more experienced gamers. Where older gamers fought futilely with a monster that required an alternative approach (hint: you scare it with your broom), children knew not to engage in battle.

When an older gamer would die in the game, they’d thank me for the experience and excuse themselves, while the girls would get back up and keep playing until they reached the end, no matter how many times they fell. 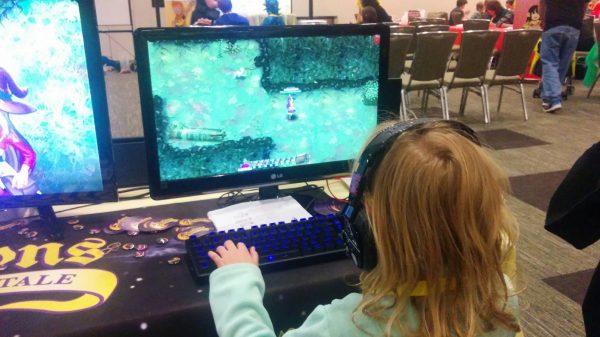 Their desire to push past their stumbles has motivated me to continue forward with the development of Potions: A Curious Tale. Even when I’m assumed at industry events to be someone’s girlfriend or wife. Even when I said I do “everything but the art and audio” and get asked who does the programming.

And, right now, I’m facing a huge challenge: I launched a Kickstarter for Potions: A Curious Tale and it’s 56% funded with only 36 hours left in the campaign.

I’ll keep pressing on, though. I want to bring Luna to life to be an inspiration to these girls, so that they can grow up with a young hero that they can look up to.