Valve took over a large section of the Game Developers Conference to show off the Vive and virtual reality games coming soon for the device.

Universe Sandbox ²’s VR mode was one of the stars of the demos. Universe Sandbox ², by Giant Army, has previously impressed me with its gorgeous space simulations, but seeing and interacting with them in virtual reality brought the experience to a completely new level. Planets zipped by my head, I threw suns and moons out into the nether and the rings of Saturn swirled beautiful around me after I displaced the planet. 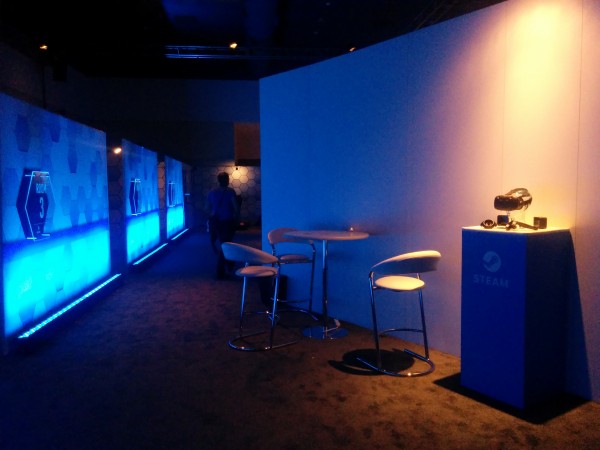 In one moment when I was tossing additional moons into orbit around the Earth, one swung around in orbit from behind me and crashed into another in an explosion of light. It was absolutely stunning to observe and I spent the next few minutes gleefully colliding moons together as they flew around. 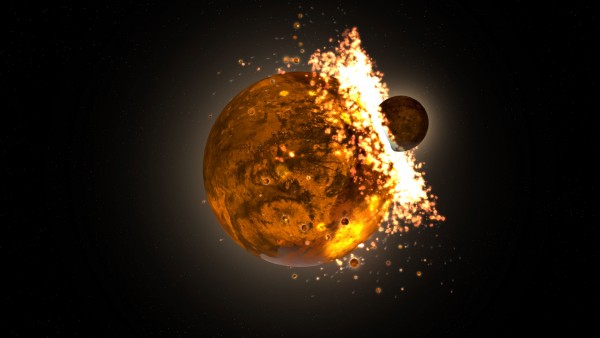 Universe Sandbox made great use of the Vive’s controllers. It was easy to switch between spawning new astronomical objects, gripping and moving existing ones, and even super heating them with a laser (there are some places on Earth I should apologize to for annihilating with my laser).

Squeezing the internal grips on the controllers allowed me to easily zoom my view in an out by motioning as if I was stretching or shrinking a canvas. Combined with being able to move the universe around me, the view control movements were the most natural I have ever experienced in VR.

Dan Dixon, the Project Lead, sat down with me to discuss the VR mode of the game.

I’m so grateful for the work that my team has put into the project over the last couple months. Another reviewer just noted that it was “One of the best VR experiences he’s tried.”

Dixon said that the initial menus were inspired by TiltBrush, though he has diverged from using one controller to select menus on the other and uses the touch pad on each to pull up a menu for them instead. I actually found this menu option to feel much easier to use, as I wasn’t having to constantly try to point one hand at my other. 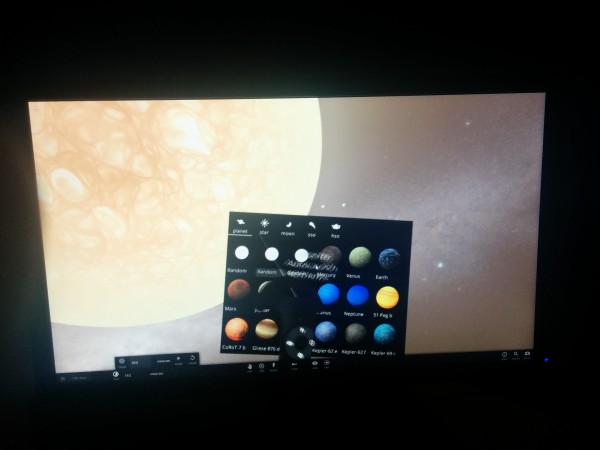 Each hand can be set separately, allowing for customization depending on each persons preference (or duel-weild shooting planets across the scene). Dixon also noted to me that zoom can be set with a single controller, allowing for players to fully interact with the game using just one controller. Single hand controls could be especially useful for disabled gamers, who’s interactions might be otherwise limited in games that require the use of both controllers.

Universe Sandbox ²’s VR mode is bundled with the game, which currently is priced at $24.99. A beta version of the VR mode is available currently, for those out there lucky enough to have access to a Vive, and will fully available on April 5th with the main Vive launch.

Giant Army has expressed that they are considering Oculus Touch and PSVR ports of the game as well.

Disclosure: Renee Gittins considers some of the developers from the Giant Army’s Seattle office friends.