This last Sunday, the Games Diversity Alliance hosted a bootcamp called “Amplifying New Voices” at the Moscone Center in San Francisco. The event was hosted to help prepare diverse developers that are rising in the game industry for the challenges that await them.

Oculus was the main sponsor of the event and also provided a number of the mentors who worked with the small teams of developers. Other sponsors included Intel, who has been working extensively to promote diversity in the game industry, GDC, Funomena, and Zebra Partners. In addition to receiving one on one mentorship, networking opportunities and some nice swag, the attendees were also provided with a $1,000 travel stipend, All Access badges to GDC (which currently cost $2,099), and access to a professional photographer who was taking headshots for us to use in the future.

The following application guidelines were posted on the site for Amplifying New Voices:

We’re seeking mid-career games and VR developers who offer perspectives that are currently under-represented in the industry, especially those who are not yet an active public figure. This includes women, people of color, members of the LGBTQ community, and anyone who is willing to share how their perspective adds to the “diversity of thought” in our community.

Specifically, the following guidelines are a good rule-of-thumb of who we are looking for:

Luckily, I was accepted as one of the attendees and was able to experience the event firsthand. 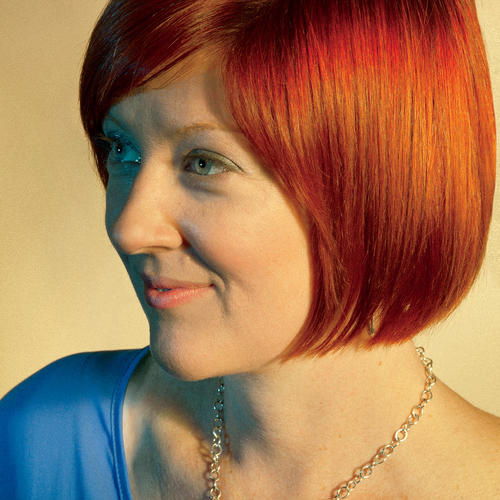 My mentor was Robin Hunicke, who has extensive experience in game design, production and public speaking. Her public speaking skills are highly regarded within the industry, especially by other women in the industry. She will be on stage as one of the hosts of the Game Developers Choice Awards being held tomorrow.

I was honored to have her as my mentor for the day and greatly enjoyed her supportive yet critical advice. My group itself was diverse, including men and women from various countries, backgrounds, ages and identities. Robin made sure to give us each advice tailored to who we were, both as we wanted to represent ourselves and while taking into consideration how other people will view us. 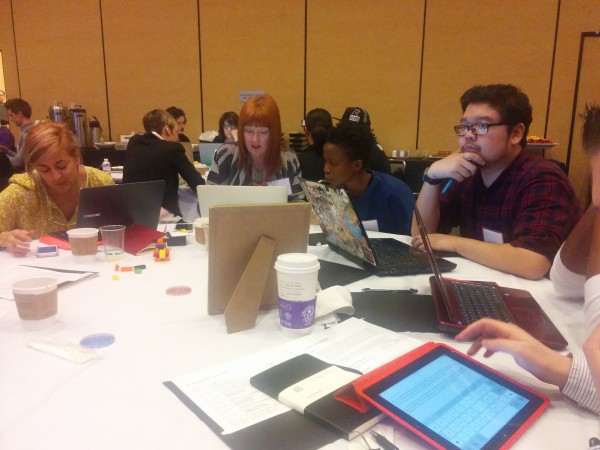 We had three breakout sessions, one of our biography, one on speaking and one on answering interview questions, and the amount of consideration that must have to go into self representation in each of those blew me away. While some of the advice felt like it should be obvious, hearing it directly and in the context of our behaviors and responses made me realize how novice I am in the skills required to present myself well.

There was no dancing around that my gender would color how I was viewed. I was informed in a very matter-of-fact manner that my personal examples would be more highly criticized, that many questions directed towards me wouldn’t be on my talk, but as my experiences or opinion as a woman, and that I would have to fight to not be dismissed because of my gender.

Before Amplifying New Voices started, I was unsure if I would get much value out of the event. It blew my expectations out of the water and I feel like I have gained invaluable knowledge and connections for the advancement of my career and image. 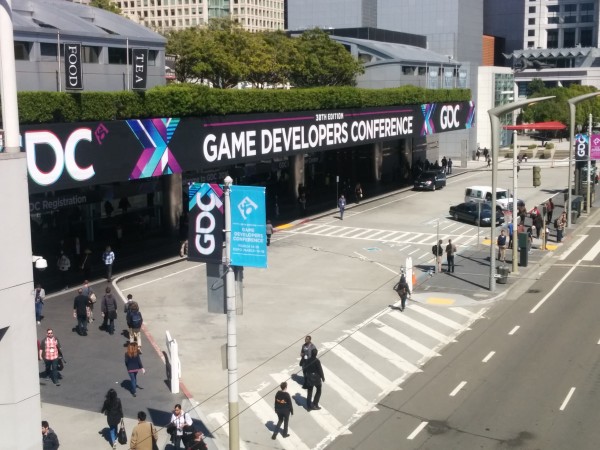 While I can’t provide the same tailored feedback and knowledge that I received to you readers, I would like to share my notes, in hopes that they will be of help to others:

Your biography should be short and goal-driven. Consider who you are writing the biography for and what you are trying to convey before you begin writing. When you write your biography, use empathy and don’t stylize your writing. Write all of the points you think you should cover, then work on editing and trimming it down to a few short, impactful sentences that highlight the essentials of how you want to be seen.

Several revisions on my biography resulted in the following:

Renee is a multi-disciplinary leader with expertise in software engineering and creative direction. She is the CEO of Stumbling Cat, creator of Potions: A Curious Tale. She led engineering and server development at Fixer Studios, designed and developed cognitive evaluation mini-games and health management systems for X2 Biosystems.

Renee is a passionate advocate and connector for developers and diversity in the game industry. Renee organizes game-jams, panels, job fairs and other developer events as a board member of IGDA Seattle, contributes to Broken Joysticks, and actively mentors game development students at Foundry10.

Assert confidence to the audience and show that you are in command of the subject you are speaking on. Ensure that your talk has a narrative and flows across its points without any jumps. The audience should all be able to answer why your talk is important after listening to it.

Use few words on the slides themselves and use pictures and examples where possible. It is your job as a speaker to expand upon your points, not the job of your slides.

Consider the image that you are trying to present and keep your image focused on those points. Feel free to even write down the points you want to stress and keep them on you to reference for the directions you should steer all questions.

While media in the medium, reports are the filters and they are looking for stories that will bring traffic their way. They look for new stories, ones that relate to current events and holidays, show conflicting views of popular held opinions, or are unusual or sensational in some manner.

Finally, the medium itself greatly varies the form of responses. For all media and interview questions, keep responses small so that they can be used for soundbites and also so that they cannot be taken out of context. When doing pure audio interviews, make sure to smile while talking, which is apparent in your voice. Similarly, in video interviews, use intentional body language to compliment your words.