Riot games (maker of League of Legends) is not a company you often see in the news. They tend to spend most of their time on League, because its one of the most popular games in the world. So I was surprised to see the news that they had acquired Radiant Entertainment. In a statement Radiant said “We are delighted to announce that Radiant Entertainment has been acquired by Riot Games. At Riot, our developers will continue their mission of building incredible games that speak to us personally as players. You’re probably wondering what this means for our games.”

As for those games, it seems that development of Stonehearth, a Minecraft like block building survival game, will continue, however Rising Thunder is not so lucky. “As for Rising Thunder, the team will start work on a new game that we’re incredibly excited about. We wish we could say more now, but rest assured you’ll hear more when the time is right. For now, we will be permanently closing Rising Thunder on March 18th. Thanks to everyone who participated in the Alpha! ” I was not privileged as to get in to the Betas for Rising Thunder, but I did hear just a little bit about it through the main games media, and I can say im not too surprised Riot put a lid on it for good. 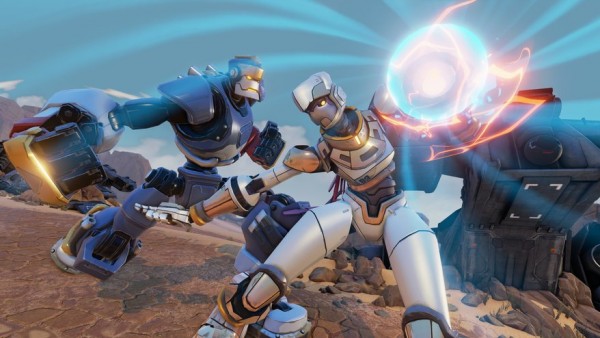 Rising Thunder has been canned

This acquisition is one of the biggest surprises of the year so far for me. Riot is one of the biggest studios in the world, but it has made no such acquisitions during its 10-year history. Riot has hinted that it’s working on a game other than League of Legends, but lets be honest, does anyone want another Scrolls debacle? When you have a world changing hit on your hands, its best to stick to what you know Riot.

Radiant closed out their rather grim aquisition post with a thank you “to everyone who has helped support us by playing Stonehearth and Rising Thunder, backing our Kickstarter, telling your friends, and giving us your feedback: Thank you for helping us make these games as good as they can be. You have been a consistent source of motivation and inspiration for us, and we look forward to continuing to talk and work with you in the future.”

Thats more than you can say for a lot of Kick Starter devs that evaporate overnight! What do you think about this acquisition? Tell us on facebook or twitter