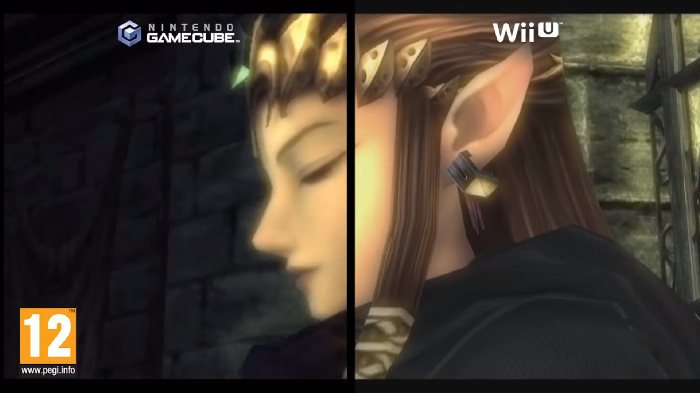 How does a game originally designed for hardware released nearly fifteen years ago fair against an updated version built for modern hardware? This is the question that the latest trailer for Twilight Princess HD asks as the Wii U and GameCube go head to head.

The GameCube version has a soft spot in heart, mostly because it kept the dungeon layouts in tact as they were intended and also maintained Link’s preference to wield a sword in his left hand. At the time the Wii version was really neat thanks to its sword motion controlled but it has been surpassed thanks to the nearly 1:1 accuracy of Skyward sword. Although some of the vibrancy of the GameCube version appears to have been lost in the HD update – it will be nice to play this game again with cleaned up textures and the original layouts!