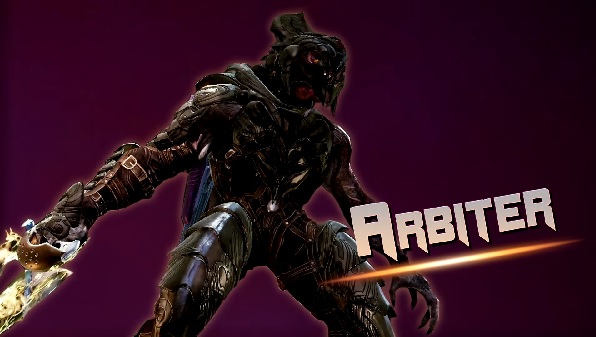 Can the punished right hand of the Covenant forces, The Arbiter, dispense justice upon the combatants of Killer Instinct? After being announces at GamesCom last summer the Arbiter finally has his own gameplay trailer showing off some of the moves he’ll use in combat as well as the new Sanghelios stage.

In terms of move-set the Arbiter is able to wield his iconic energy sword with successive quick blows flying towards his opponents. He also comes equipped with a Covenant carbine rifle which can be used across the arena and a sticky grenade for good measure. It seems like defeating The Arbiter won’t come down to mashing buttons but rather a battle of wits, are you ready?

The Arbiter will be available as part of Killer Instinct: Season 3 on Xbox One and for the first time Windows 10 this March.