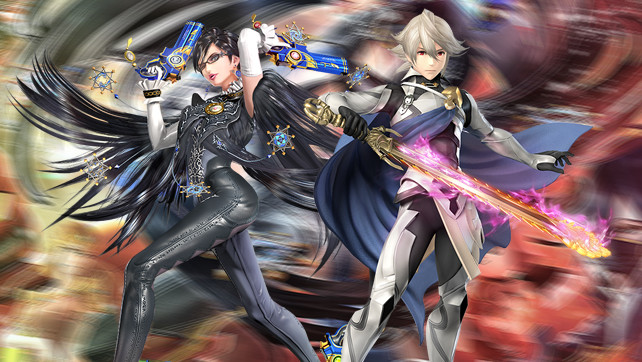 Bayonetta and Corrin, the final two DLC fighters for Nintendo’s Super Smash Bros. for Wii U and 3DS, will finally be available on Wednesday, February 3rd.

Corrin hails from Nintendo’s upcoming 3DS game Fire Emblem Fates. Just like Wii Fit Trainer, Robin and the Villager, players can choose to play as a male or female version of the character. Corrin has the blood of a dragon in his veins, allowing him to transform and pull off attacks like no other fighter.

Bayonetta, whose Wii U exclusive title Bayonetta 2 is getting a solo release on February 19th, joins Smash as well. Her addition is the result of the worldwide Fighter Ballot. Just like in her action games, Bayonetta is a combo fighter in Super Smash Bros., chaining different kinds of attacks together. Her signature move is Witch Time, which slows down opponents if they are within range.

Bayonetta will come with a brand new stage as well, which is called Umbra Clock Tower and is filled with moving platforms and even an alternate world. Both the fighter and stage are available for both Wii U and 3DS.

Release dates for their accompanying amiibo have still not been revealed.

Are you going to jump in and grab these new fighters?