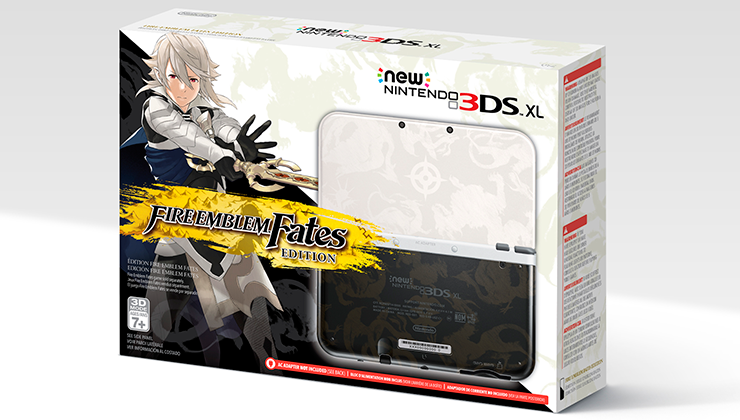 “Fans of role-playing games have just received a boost to their excitement stat,” said Scott Moffitt, Nintendo of America’s Executive Vice President of Sales & Marketing. “Nintendo platforms have always been home to high-quality RPGs, and with even more games launching in 2016, this trend is set to continue in a big way.”

In Fire Emblem Fates: Birthright, players battle a corrupted king. And in Fire Emblem Fates: Conquest, a misguided kingdom must be changed from within. Each path is a complete story and a complete game. Playing both will show players two different sides of one brutal conflict. After completing Chapter 6, players will have the option to download the other version of the game and experience a new adventure for only $19.99.

In addition, a third story, Fire Emblem Fates: Revelation, which finds the game’s main character choosing neither the “Conquest” nor “Birthright” path in the story, launches as DLC on March 10 for $19.99 for players that already own the “Conquest” or “Birthright” version of the game. A special edition will also be available that includes all three games on a single game card, an artbook and a Nintendo 3DS XL pouch at a suggested retail price of $79.99.

When the game launches, further downloadable content in the form of new maps will also be released on a regular basis, with the first map launching on February 19th. Players can choose to buy each of these maps individually, or purchase Map Pack 1 for $17.99 to get access to them all at a discount once they are released.