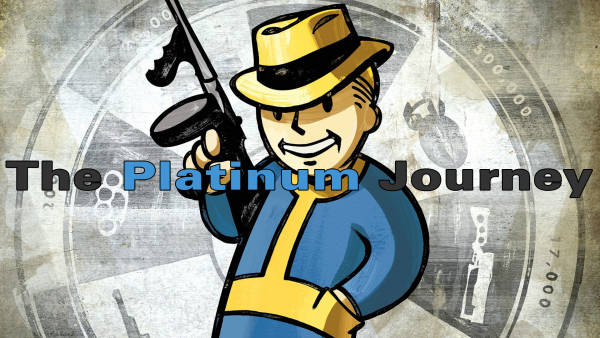 It’s about five or six days short of two months owning the game and I’ve still been playing it, off and on, to pass the time when I’m bored with other games. There’s always downtime with Final Fantasy XIV, too, as my server has some pretty well defined times when it’s better off you just log off if you don’t want to solo quest. I’ve found that in playing it for as long as I have, I’ve pretty much done all that I can do, short of starting again or waiting until Bethesda patches the multitude of issues the game has, so I really have to prioritize what I do with my first playthrough character if I don’t want to play the waiting game with Bethesda: I’ve turned my attention to the fact that I really am only 11 trophies away from getting my very first platinum trophy and that will be my next goal for this game before I can dedicate to a new playthrough when Bethesda decides to really fix this game.

You have to understand, though, that wanting to go platinum for a game is kind of an unusual thing for me: I play for the fun of it and trophies, to me, are just a way to show off. I’m not interested in showing off my accomplishments in that way and if I want to show you how good I am, what I have in-game, or how far I’ve gotten, I’d rather just stream and show everyone, first-hand. Getting a platinum trophy, to me, in this game, would be like getting all the items in the game, bringing them to life, and showing them on a shelf – it’s not a point of arrogance but rather a kind of collector’s pride; a measure of how much I’ve thoroughly enjoyed the game. I love playing Fallout 4 but there’s been some serious thorns in my side and they’ll continue to be so long as I’m playing with this one character. 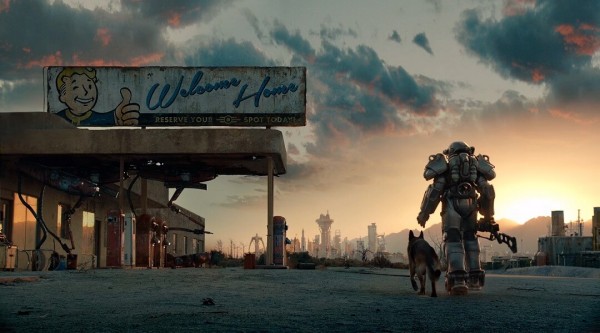 I know a few people locally and abroad that I would call “trophy/achievement hunters” and of those people, there’s a couple that are pretty hardcore about it: they don’t like moving on to the next game until they get all the trophies or, if it has one, they get the platinum trophy. I have a pretty good idea of how annoying a platinum run can be and I do not look forward to struggling to get all of the trophies I have left for Fallout 4 but it’s made much easier by the fact that I thoroughly enjoy the game so it won’t seem like such hard work. This is going to be my first serious platinum run and while some of them do demand I start, at least, one more character, a lot of them can be completed on this playthrough, so those are the ones I’m going to focus on first.

Some of them will be fun – like the trophy for pickpocketing a grenade onto someone’s person and then blowing them skyhigh. It was a neat trick from Fallout 3 and I love that Bethesda is actually encouraging it here. I’m just going to need to find someone isolated so that way nobody starts attacking me for this. I don’t want to have to abuse autosaves in order to get this one. Another fun one is getting a home run which, I assume, comes from having a melee perk that allows you to knock an enemy sky high, periodically, if you hit them with a bat. Just silly as hell, I love it. Two of the others have me hacking terminals – should be easy enough as I have the Master Hacker perk – and collecting bobbleheads which, in its own right, should be nothing more than tedious. The hardest one out of all of them, though, will be finding a way to get a settlement up to 100% happiness but that’s something I’ll dive into in a second. Hell, that’s six trophies, right there.

However, the others are going to be a little tedious as the rest are story-related: two of them are locked to the endings for the factions I didn’t choose, two of them are locked to faction specific quests for the factions I didn’t side with and then there’s one other that I may have to look up that I’m almost positive is story-related as well. Either way, they’re nothing special and just require you be good enough to finish those quests so I should be good with two more characters, sped through as quickly as possible. 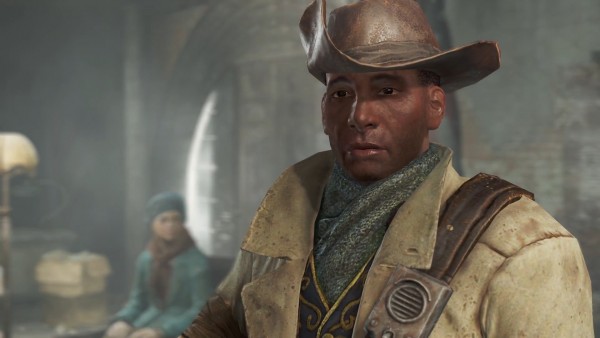 This guy. This guy. This guy, right here. Go to hell, Preston Garvey. Okay, now that I’ve gotten that off my back, two things of note here that will definitely hurt my platinum run for Fallout 4: settlement bugs and that blasted Preston Garvey. I have figured out a way around having to deal with Preston for the time being but that could be botched in a second if I’m not careful. Before I tear too badly into the bugs because, if you’ve played the game as deeply as I have, you’ve likely experienced them many times yourself, I’m going to get started on Preston Garvey and the Minuteman quests.

First off, when you’re low in level and you need easy experience, the Minuteman quests are awesome: you don’t really have to deal with anything outside of ghouls or raiders and there’s enough of them to justify going out of your way for the experience. You might get assigned to a Super Mutant problem periodically but it didn’t happen to me until I was hundreds of hours into the game and at least level 55. Clearing out a good sized raider camp is a great way to get materials, Stimpaks, equipment, experience, and just about anything else you might need, not to mention the great experience it gives you for the enemies you kill, any locks you pick, any terminals you hack, and the turning in of the quest, which also nets you around 100 caps. Preston might be annoying but he’ll set you on the way to getting you where you need to be in the Commonwealth. However, the problem starts when it’s very clear you’re powerful enough to take on an army on your own and you have enough settlements and settlers to take over the entire Commonwealth if you wanted and Preston is forcing upon you these menial tasks. You don’t have to take them all but some of them don’t even give you the chance to respond – he’ll just bark at you and you get the quest trigger. Sometimes they won’t even come from Preston as Radio Freedom will also give them to you. It becomes annoying as hell when every Minuteman quest requires you to talk to Preston in order to turn the quest in at the end.

There’s a way around this, though: I found that if you listen to his comments on the quest I’m completing – for example, with ghouls, he’ll comment on “ghouls in people’s back yards” or something to that effect – but then quickly skip the conversation where he starts talking about how he has another assignment for you and you leave conversation range as quickly as possible, the new quest doesn’t trigger and Preston gets stiffed. This isn’t perfect but I’ve found it’s more effective if you’re turning in multiple quests at once, it helps perfect the timing. You got to time it well so you can get out of conversation range in time.

My mind turns to the other end of things, though: settlements and bugs related to them. If you’re hauling all over hell’s half-acre and you look at your Pip-Boy, you might think your settlements are either doing extremely well or extremely poorly and when you go to visit that settlement that’s doing one way or the other you’ll find that the complete opposite is true, quite often. In order to get the happiness trophy I do believe you need to be at a settlement as it achieves maximum rating so it’s going to take a lot of work as the constant fluctuation of settlers, happiness, and needs because of the former two keeps things in almost flux to the point of this trophy requiring a specific effort all on its own; I’ll likely need to stay at a settlement and tend after it for an entire day. Tedium be thy name… 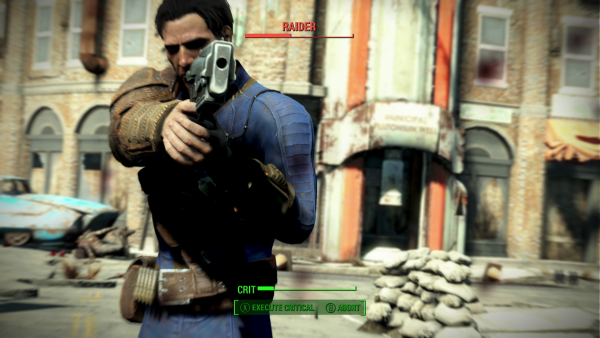 Ah, yes: it’s that magical time when I start pulling out characters from my past in creative writing and putting them into games. I need quick runs and I need to be able to not get stuck so creation, dialogue, and personality all need to be easy but I can’t not flesh them out so it’s time to turn to the “Cornerstones.” You might not know what I mean but anyone who has known me for a long time might groan at this one and I thought I’d let you guys know that this is going to be my tool to help me speed run the game to get the story-related trophies for this game.

I think that may be key for anyone grinding a fairly story-heavy game for achievements or trophies – either find a way to easily enjoy a game or to not think about it too much. Unfortunately, the latter isn’t really possible for me so I focus more on finding ways for me to easily enjoy the game or find a way to make things new and fresh. I can easily inject a female and male character persona that I’ve never thought about applying to the Fallout universe before so while this may be a grind for my platinum trophy, it’ll never feel boring or grindy to me.