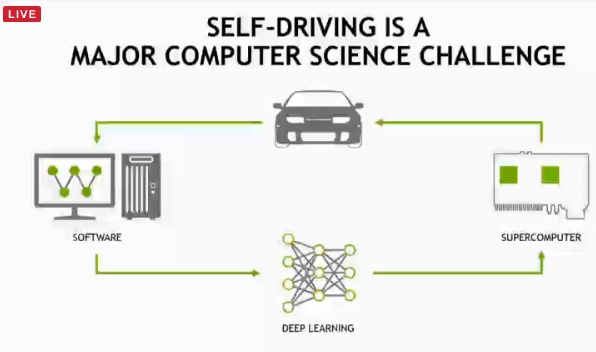 Today at their CES press event NVIDIA opened up their discussion of upcoming technologies with their recent investments in self driving cars. A special computer developed by NVIDIA called the NVIDIA Drive PX2 is powered by a 12 CPU-core system that is liquid cooled and contains the companies upcoming Pascal GPU.

NVIDIA is billing their self driving car initiative as something that will revolutionize society by spurring urban re-design, more accessibility to transportation and reduced number of fatalities. Jim-Hsun Huang called humans the weakest link in the driving equation. NVIDIA is trying to position themselves as a provider of the systems that will power the future of self-driving car.

According to Mr.Huang there will be two different theories behind self-driving car concepts:

During the presentation Mr.Huang also discussed the recent development with artificial intelligence and the concept of “deep learning” – the ability for software to find details on its own based upon past “experiences”. NVIDIA’s GPUs powered by the CUDA core is used in a number of A.I Neuro-Net projects like IBM’s Watson. By using GPU technology the processing of deep learning has leaped 20% – 40%. 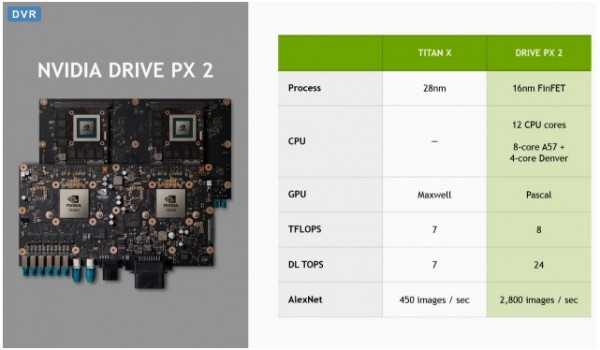 NVIDIA is internally testing their self-driving car technology, which they call DriveNET, and they have tested in conjunction with Toyota. The DriveNET software they showed off draws small yellow objects around objects that it recognizes. Ideally your self-driving car will roll off the factory line with all possible scenarios already programmed into it. If your DriveNET car comes across a situation it isn’t programmed for – it will upload data based upon the outcome to all other cars connected to the network.

Here is a quick look at how the software inside the PX2  identifies and “sees” objects: 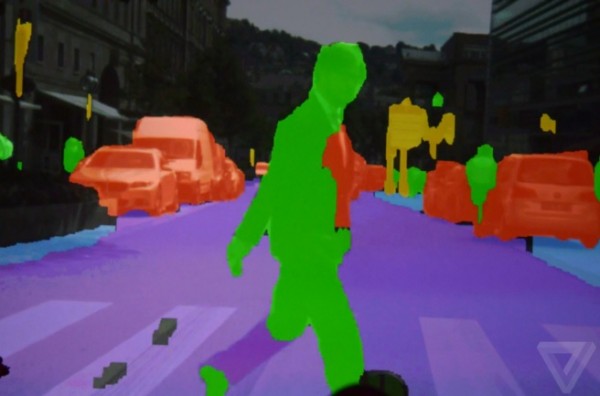 NVIDIA also announced that the first company to use DrivePX2 is Volvo who will use it in several hundred self-driving car prototypes within the next year. 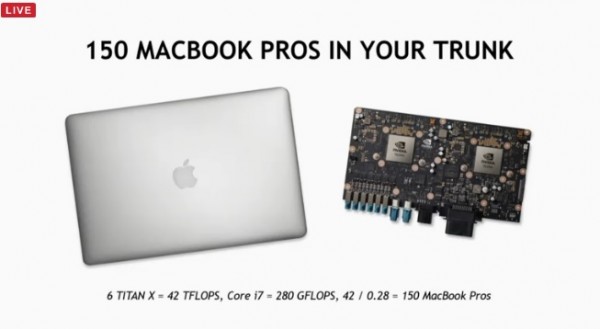 It’s unknown what impact self driving cars will have on society – but certainly the last “revolution” that affected the automotive world, “the sharing economy”, has had less than a few stellar incidents including passengers being abandoned, drivers not being paid proper rates (and generally treated like crap) and of course price surges that charge riders up to 10x the normal rate.

We will update this story with a full video copy of Mr.Huang’s self-driving car presentation as soon as it is available.