Earlier this week I got the chance to attend Idea Factory International’s second annual press-event in San Francisco California where the publisher announced a very robust line-up for the first quarter of 2016. Not only will the long running Hyperdimension Neptunia franchise make its first leap to the 8th generation of consoles with the North American release of Hyper Dimension Neptunia V. II (pronounced “Vee two” .. it’s not a seven) but also brand new titles for the PlayStation Vita and a whole slew of games making the jump from PS Vita to Windows PC.

If you weren’t some of the lucky few able to attend the event, don’t worry, Broken Joysticks has you covered not only with a rundown of all of the major announcements from this past Thursday but also a breakdown of what attending the event was like and some exclusive video – showcasing exactly how IFI announced their brand new titles.

All of The Major Announcements In One Place

As per IFI’s official description of Megadiemnsion Neptunia VII within their press releases:

The game hits North America and Europe in Early 2016, exclusively on the PlayStation®4 home entertainment system in both retail and digital formats! The first PS4 game in the Hyperdimension Neptunia series, this installment features new characters, three worlds to save and three stories to play, a new powerful transformation mode, extra features to the battle system, and a new dungeonminigame so you can get all the items you need for you and all of your new allies to save Gamindustri!

Check out the game in action: 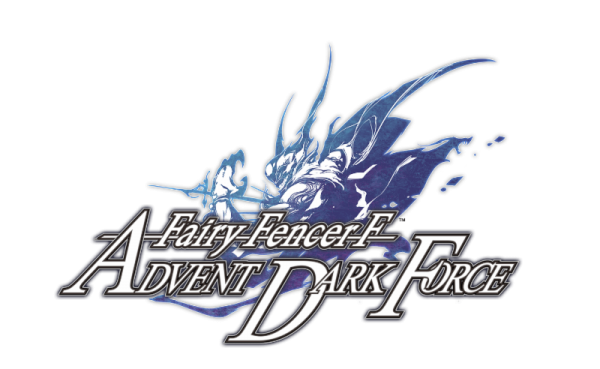 “Fairy Fencer F is reborn as Fairy Fencer F: Advent Dark Force for the PlayStation®4 system! Continue your adventure through three new story paths: The Goddess story, the Vile God story, and the Evil God story. Play as Fang and his gang as you face off against a new, evil organization, meet new fairies and fencers, and collect the furies scattered across the world. Each path leads to a different outcome, so choose wisely. Alongside new content, you can now have up to 6 characters on the battlefield at a time! That’s double the fairies and the fencing! With so many characters, players will be allowed to balance gameplay with three new difficulty settings: Easy, Normal, and Hard.  “

Checkout the game in action:

Blanc + Neptunia Vs. Zombies For The PlayStation Vita

Here’s the official synopsis about Vs. Zombies from IFI:

Fight off zombie hordes with friends in the first multiplayer game in the Neptuniaseries, MegaTagmension Blanc + Neptune VS Zombies for the PlayStation®Vita system and PlayStation®TV! Set in Gamicademi, Gamindustri’s academy for CPUs and CPU candidates, Blanc and friends must film a movie to save their school, fend off zombies, and look cute at the same time! Play with up to 4 friends or tag team with up to 4 characters, including new characters, Tamsoft and UzumeTennouboshi, and familiar faces, Plutia, Peashy, Dengekiko, and Famitsu to Nep up some zombies! Additionally, you can stylize characters with accessories like glasses, eye patches, and masks to make sure you look extra cute while slaying!

Checkout the game in action:

A Ton of IFI Games Are Coming To Steam 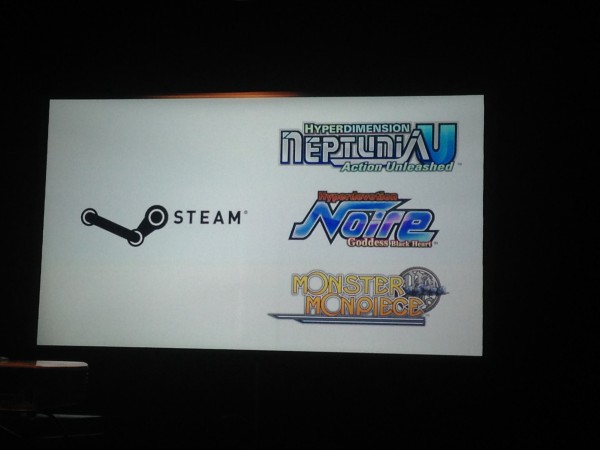 These cards have heart! In the world of Yafaniel, humans and “monster girls” live an uneasy coexistence. You’ll train as May Esperio to become a master of these monster girls in strategic, card-based battle that features light RPG elements. Throw down with the enemy using your cards’ Skills and Potentials, and give their stats an extra boost with special bonuses. If you play your cards right you’ll collect over 100 monster girls to fight for you! You’ll get to level those ladies up with the First Crush  Rub mode, which gives you a hands-on role in warming them up for battle!

Additionally, the updated PC port of Monster Monpiece will not have multiplayer support, however it will include all the original artwork featured in the Japanese release of the game.

Not only is Neptune traveling across dimensions – now she’s traveling across platforms! After its PlayStation®Vita/PlayStation®TV system release in Summer,Hyperdimension Neptunia™ Re;Birth3: V Generation will get a Fall 2015 release! Luxuriate in all the fourth-wall-breaking comedy you’ve come to expect, with a fine polish of 1080p graphics!

A spinoff of the Hyperdimension Neptunia series that takes place in an alternate world known as “Gamarket,” featuring Noire as the main protagonist. This is the first strategy RPG in the series and boasts a bundle of new playable characters for your moe army, item customization, the relationship-boosted Lily System, and even a chance to see Gamarket’s hardest-working CPU relax a bit with the “Sim Noire” mode!

Make sure to check out my detailed impressions of Blanc + Neptunia Vs. Zombies and Megadimension Neptunia V II on the next page. Find out why these games are looking pretty awesome!