Overwatch is game that everyone wants to play, but very few have access to. It seems Blizzard has decided that even those few are too many to play its FPS-MOBA hybrid, and they will be shutting off their (currently up) beta servers next week. The beta servers have been up for about a month and a half and included one (semi)open weekend of play for many players, but the rest of the time were restricted to a small group of beta testers who were given access. You can read all about Overwatch oonn our site here but the long and short of it is that we liked what we saw, and cant wait for another chance to play it! The Beta is scheduled to end at 9AMPST on Decemver 10th, one week from today, the forums will stay open until December 18. There will be no new waves of players added untill the 10th, and players that are already in will not be kicked out. Blizzard also plans to add more players after it relaunches, but this is a blizzard game so most of what we know is vague and eventaully type of information. 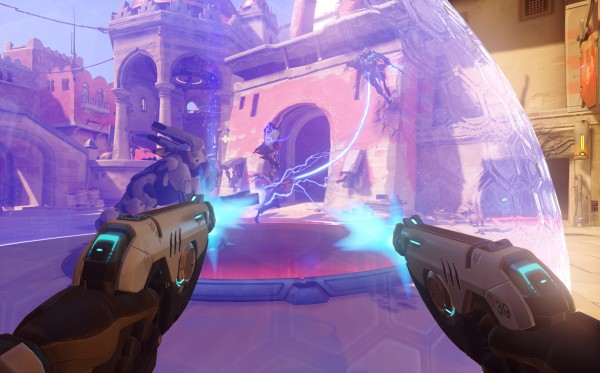 Blizzards  said in the announcement. “Since the start of the Overwatch beta in late October, aspiring heroes from around the world have battled it out in more than 900,000 matches. In this same period of time, we’ve also gathered invaluable information about our servers, core systems like matchmaking, and overall map and hero balance—thanks not only to the raw data we’ve collected from the game, but also to the numerous bug reports, suggestions, critiques, and experiences you’ve shared,” “This phase of development has been key, but now it’s time to analyze the data we have, dig into your feedback even further, and put that knowledge to use as best we can.”

PC game did a great video on why overwatch is not free to play which I really liked, it featured several developers and explained in detail why the game simply would not work as a free to play game you can watch it here