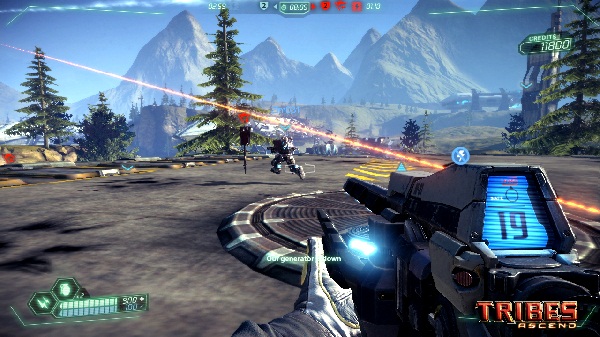 Tribes developer Hi-Rez studios has released the entire back catalog of Tribes titles available for free on their official website in honor of the series’ 20th anniversary. If you are into fast paced shooting action with a retro look & feel this might certainly be worth your bandwidth.

For those unaware the Tribes series is a futuristic first person shooter series with a focus on infantry based aerial combat.  The latest title in the franchise, Tribes: Ascend is a free-to-play multiplayer only title for Windows PC that released in 2012. Its game modes include the classic Team Deathmatch, Capture the Flag, Arena (limited player re-spawns) and Rabbit (hold the flag, basically).

For such an old free-to-play title Tribes: Ascend is still receiving updates. In just the past two months the game has received two new maps – Ice Coaster and Terminus.

We reviewed Tribes Ascend upon it’s launch in 2012 and had this to say:

Two teams struggle for dominance on expansive maps over flags, kills, capture points, more kills, energy generators, and orbital death lasers. The currently available standard game types are Deathmatch (team or solo), Capture the Flag, Capture and Hold, and Arena. To facilitate this mayhem, players choose from nine character classes, divided into light (Pathfinder, Sentinel, Infiltrator), medium (Soldier, Technician, Raider), and heavy (Juggernaut, Doombringer, Brute). When you first register your account, you receive the Pathfinder, Soldier, and Juggernaut classes for free, with the others on the bench hoping you find them worthy of your real life money or your real life time.

If you’re wondering exactly what games are included in the free Tribes anniversary download here’s a complete list: