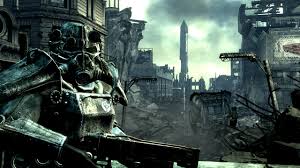 Bethesda’s absolutely massive open world roleplaying game (that some people have successfully argued isn’t a roleplaying game but rather a society simulator) is due out in exactly a month and now we know the minimum PC Specs as well as the hard drive requirements for console players. Get ready to check your graphics cards and clear out your hard drive because the nukes are about to fall!

In terms of minimum PC specs these numbers aren’t so bad – the Phenom II 940 is a rather old processor from about five years ago and anyone who’s upgraded their graphics hardware should meet the minimum standards of a 550 TI 2GB or Radeon HD 7870 quite easily. More concerning for me (since I am primarily an AMD devotee) is the obviously overclocked recommended processor speed of a staggering 4.7GHZ with a 4GB graphics card.

Between Fallout 4 and Star Wars Battlefront’s daunting system specs I think I’ll be going for the PS4 versions of both games. I am a little disappointed in Fallout 4’s minimum specs to be honest, I know my gaming rig is only a mid-range setup but I barely meet the recommended specs and I am not about to overclock my processor to nearly 5GHZ to play this game. It’s a shame because I was really looking forward to trying out some of the cooler mods on PC, as Fallout 3 had great mod support.

In terms of console players the base game will require 28 – 35 GB of hard drive space, which isn’t too bad. For more details make sure to head over to Bethesda’s official blog post about the minimum requirements for Fallout 4.