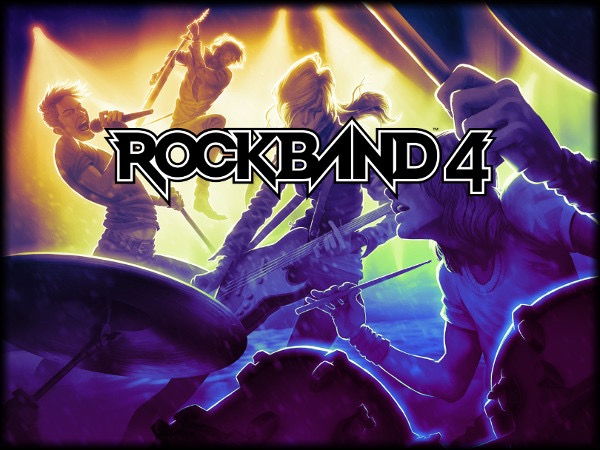 Harmonix’s first attempt at a current generation Rock Band is about to make its debut at retail tomorrow morning with the release of Rock Band 4 and I thought it might be a good idea to review some of the game’s key features and set-list for those of you who are still on the fence about whether or not they want to get the VIP pass for this latest gig!
Not only is Rock Band 4 the first game to be released for the PlayStation 4 and Xbox One but it also promises to support all of your previously purchased DLC and previous instruments provided that you are playing within the same family of consoles (eg. PlayStation 3 –> PlayStation 4). This could be a huge selling point for fans like myself who haven’t really had the chance to indulge in the music genre on home console for over half a decade but also have vast digital libraries of songs from previous games and a full set of instruments collecting dust in their closets.

So, if you’ve decided that getting the band together is worth it and you’ve finally picked up your old axe what is your $74.99 CDN going to get you? Harmonix has made a few gameplay adjustments such as the inclusion of Guitar Solos which are aimed squarely at returning guitar players as well as a revamped career mode. Instead of playing pre-defined set lists or being asked to create your own you’ll play full on “shows” instead whole amassing cash and fans. It honestly sounds like Harmonix may not have skipped a beat and included a rather fun career experience.

In terms of songs the base game comes with
50 tracks (none of which are repeats from what I can tell) that run the gamut from Leonard Skynner to Avenged Sevenfold to Paramore. With some of the repeat acts already featuring their most famous songs in previous Rock Band titles or as DLC some of the tracks might be unfamiliar to all of those but the most dedicated of fans.