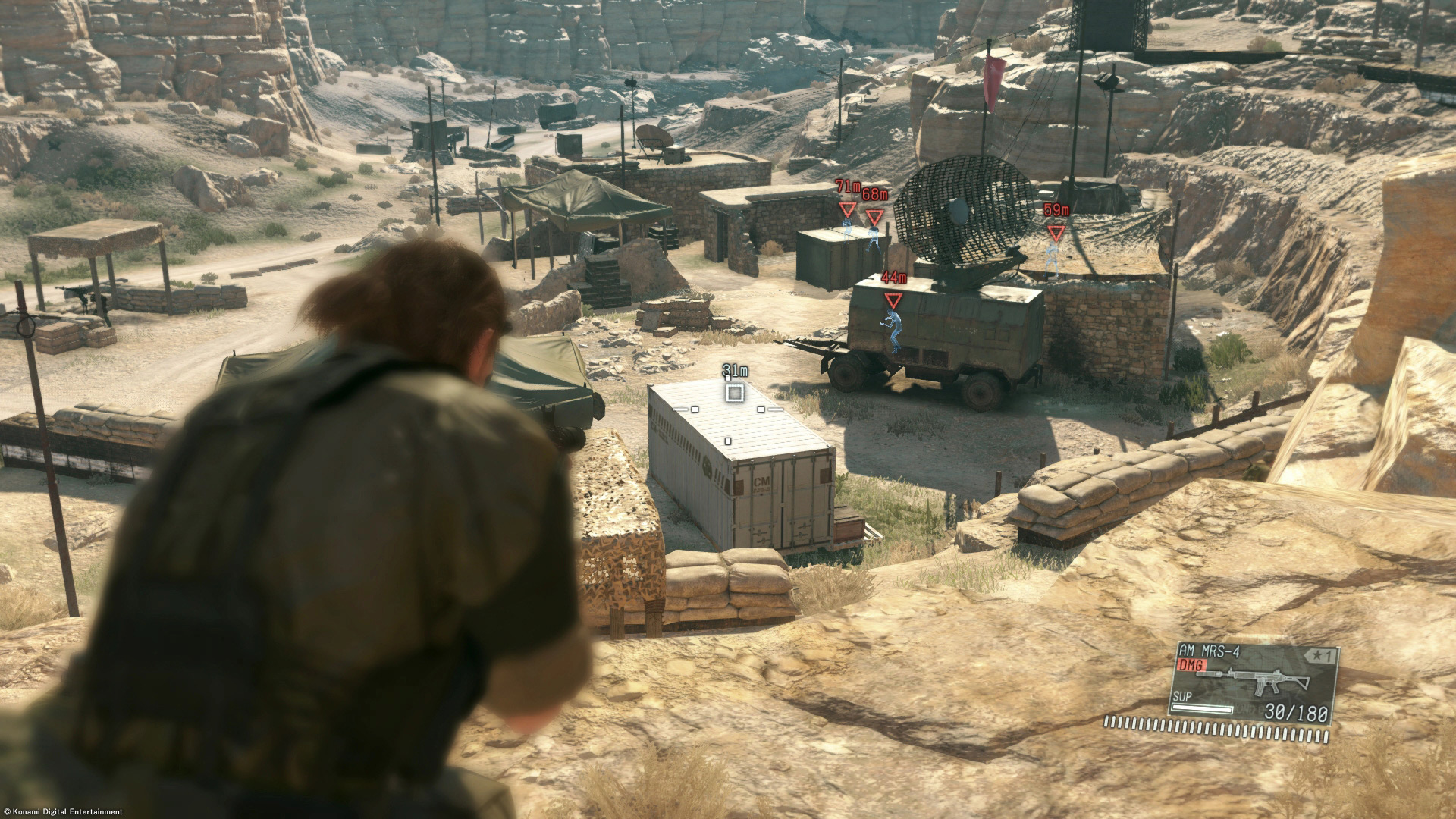 Metal Gear Solid V has been probably one of the games revealed in the past three years that I have been salivating over and words can hardly express how excited I was leading up to the games early September release.  Now that I’ve spent six hours with what could be Hideo Kojima’s last Metal Gear Solid title I’d like to share some impressions with all of our readers. A full review is probably quite some time away due to the sheer scope of The Phantom Pain but grab your iDroid and trustiest sidearm and let’s discuss the opening hours of my most anticipated games.

Big Bosses latest adventure opens in a hospital in Cyprus after he awakes from the comma that he slipped into after the events of Metal Gear Solid: Ground Zeroes.  So far this is the only portion of TPP that I’ve experienced in first person, experiencing Boss react in a panic to his amputated left arm and that fact that nine years have passed during the comma really connects the player to the character during the crucial first few moments. 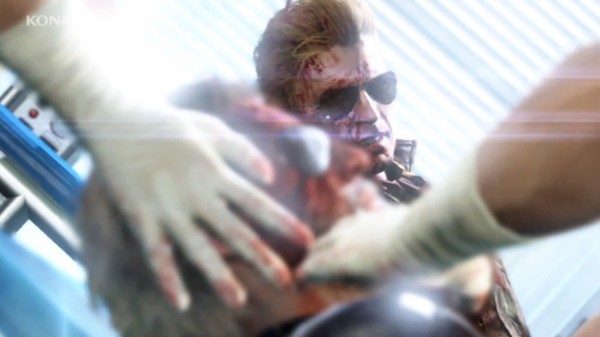 Within the first ten minutes of The Phantom Pain Boss’ medical staff is executed by a professional assassin and Boss is approached by a mysterious and bandaged man named Ishmael who helps Boss reorient himself with his own body and his surroundings. During the beginning of the hospital extraction prologue Snake’s movements is not what used to be – he’ll fall over and crash into objects and be unable to use weapons and stealth stances until the tutorial wants you too. As a narrative tool to introduce players who didn’t play MGS V: Ground Zeroes to the controls this works really well. As Ishmael and Boss make their way from the top floor of the hospital to the ground lobby armed forces have invaded the facility attempting to terminate Snake. To be honest it is absolutely brutal to watch the soldier’s murder the helpless hospital staff and patients is just absolutely brutal and hopefully it sets the tone for the type of story I’m in for. If this description of events sounds familiar the tutorial section is pretty much a longer version of the original Phantom Pain reveal trailer from 2012!

After the rather lengthy introduction prologue chapter – which runs at about an hour or so – Snake is rescued by a very young Revolver Ocelot (now voiced by Troy Baker) and taken to the brand new Mother Base. This version of Mother Base is significantly smaller than the one that I built while playing Metal Gear Solid: Peace Walker due to the fact that Ocelot, Kaz and Snake are essentially starting over from scratch to build their army without borders. Thankfully The Phantom Pain doesn’t use a simple menu to manage staff resources, research new projects and equip soldiers. Instead Snake enters his helicopter and brings up his development and staff resources via the iDroid. This not only gives Snake the ability to embark on missions but he can also access development, supply drops and mission briefings while in the field via iDroid. 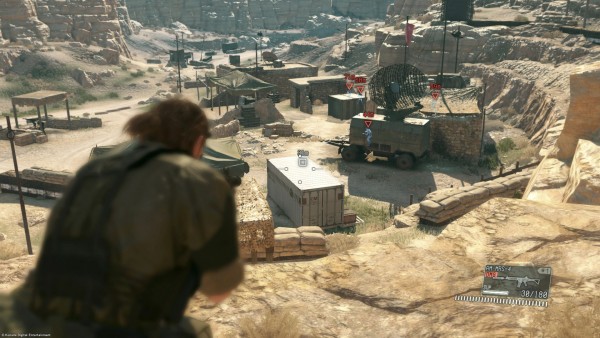 I have yet to play any of the additional story missions outside of the lengthy tutorial because the sheer amount of side-ops (optional side missions that do not count towards your story progression). The first large open world environment that you open up is Afghanistan which in addition to being absolutely massive is filled with different enemy institutions of varying sizes.  Some of them are only the size of a few small huts with a single watchtower while the largest main encampment is pretty much the size of Camp Omega from Ground Zeroes. Unlike other games open world games the environments in The Phantom Pain are populated with wild animals and other optional objectives and collectables that will help you raise fund for Mother Base. 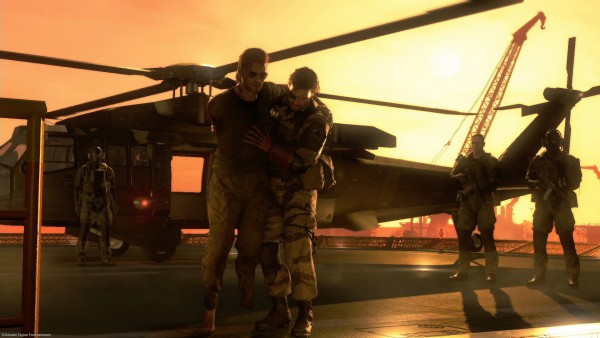 I think that describing my experience with a certain side-op that tasked Snake with capturing a Russian interpreter so that he can understand enemy radio chatter and interrogate soldiers in the field is probably the best way to describe the different gameplay options that TPP provides. This seemingly simple objective can be accomplished in a number of different ways. As I stealthily approached the target from behind the sandbags I tossed a single grenade attempting to stun him while taking down the two other guards. Unfortunately my grenade landed too close to the target and killed him instantly. On another attempted to recover the interpreter I took out his guard using a Sniper Rifle from a nearby cliff and attempted to extract him via Fulton Balloon but he died while in transport. I finally was able to complete my objective by CQCing the guards one by one and escaping the alert phase with the targer thanks to a passing sandstorm that obscured me from guards who had been searching for me.

As of the writing of this article I am only about 2% towards completing Metal Gear Solid V: The Phantom Pain. It still surprises me that each and every mission in this game seems to have multiple ways to be completed, as the above example shows. I still have the entire single player campaign to go through and an entire 140 side-op missions to complete so a review could be still be a bit of a ways off but from the six hours I’ve played so far Metal Gear Solid V: The Phantom Pain is a game that will keep stealth fans glued to their televisions for weeks.