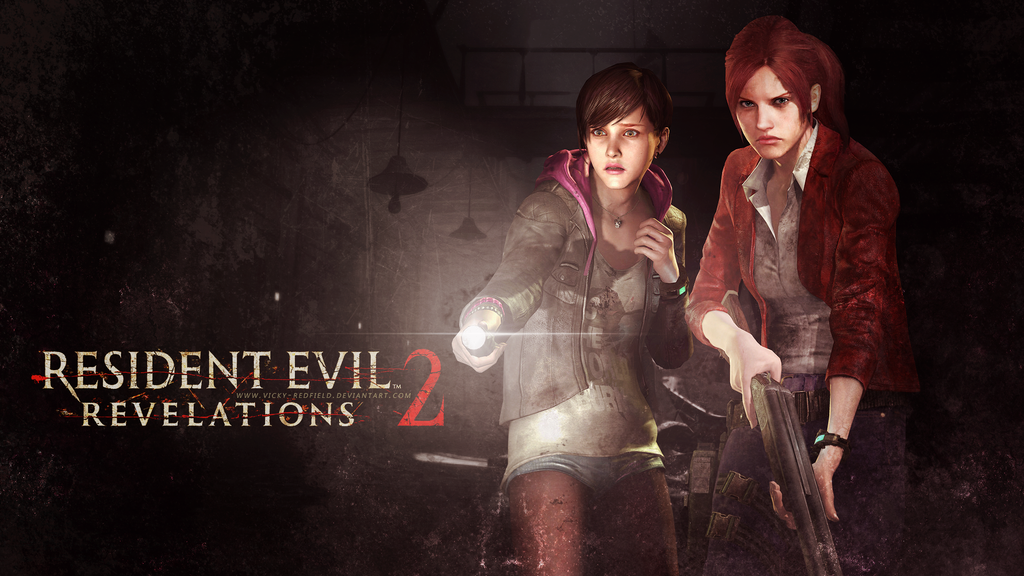 The Resident Evil series has seen brighter days and it is only beginning to undo the damage that Resident Evil 6 inflicted upon the franchise with entries like the recent HD remake of the original game heading to current generation consoles. Capcom is trying something new with the RE franchise by adopting an episodic format for the latest entry in its Revelations sub-series. Can this sequel to the 3DS original Resident Evil: Revelations continue the reanimation of this staggering franchise and save it from becoming a member of the undead?

The story of Resident Evil: Revelations 2 is self-contained – telling the tale of returning protagonist Claire Redfield and newcomer Moira Burton (daughter of Barry Burton) as they try to flee from horrifying experiments being conducted on a desolated island complex. As the four downloadable episodes unfurl Claire & Moira must confront the mysterious “overseer” and stop her diabolical plans before she can unleash a terrifying new virus onto the world. The second half of each episode focuses on returning S.T.A.R.S member Barry Burton – playable for the first time! – as he investigates the mysteries of the island and helps Natalia, a small child, find her way off of the island. For long time fans of the series there is a considerable amount of hidden documents and journals that help bridge the events between Resident Evil 5 and Resident Evil 6 (now let us never speak of RE 6 again). 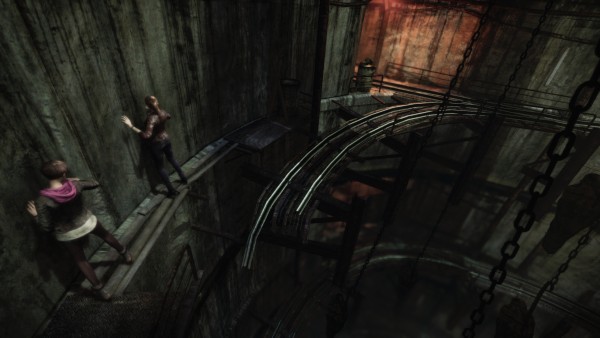 In terms of tone the RE series has shied away from its horror roots this past decade and Revelations 2 tries its best to find a balance between the more modern action based approach, the tension that comes with dwindling supplies, and the suspense of not knowing exactly how to take out overpowering foes. In practice this means that action takes place using the over the shoulder perspective that has been in use since Resident Evil 4 but with less of an emphasis on being a walking armory and knowing when to pop a few well-placed headshots in place of swinging your knife.

Co-op gameplay returns from Resident Evil 5 with some noticeable differences – firstly your co-op partner isn’t able to use weapons, instead they can highlight hidden items and open locked chests. Other changes to the co-op gameplay include the ability to swap between main characters on the fly when playing in single player and the inability for your co-op partner to use firearms. Essentially this gives the main character (Claire or Barry) an extended inventory for managing items while giving the second player a very defined role of finding previously inaccessible items for their partner. 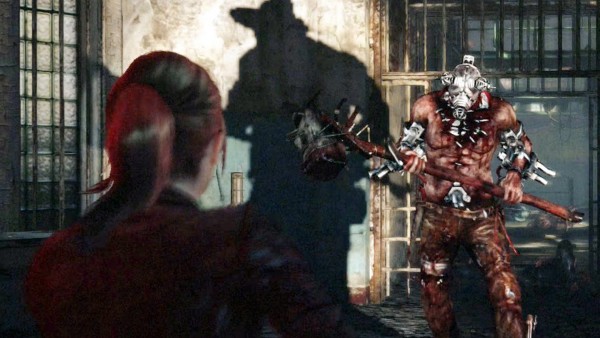 If you are looking for something a little more action orientated the included raid mode may be just the ticket. Raid mode is a purely action focused arcade style mini-game that allows players to choose their favorite character and level up them up RPG style by completing a series of increasingly difficult challenges. Unlike the main game enemies in raid mode have visible health meters and damage statistics are available in real time as you take down your foes. Later raid mode challenges can be quite intense and the allure of unlocking new parts for your favorite weapons and alternate skins gives players a great amount of incentive to come back to raid mode again and again. The environments in raid mode also harken back to older Resident Evil titles, so those of you who have played earlier entries in the series have something to look forward to!

While Resident Evil: Revelations 2 might play it safe with its balanced approach between survival horror and fast paced shooting action the game is definitely worth the $29.99 asking price for all four episodes. After you’ve completed the main 8 hour campaign there are dozens of hours worth of content explore including over 100 raid mode missions and two bonus story chapters that clock in at about 30 minutes a piece.