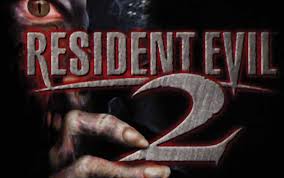 Fans have been clamoring for an HD update to Capcom’s 1998 classic Resident Evil 2 for well over a decade and now the publisher has announced that production on a reboot of the game has begun at Capcom R&D Division 1.  Capcom has been on a bit of a roll with the Resident Evil franchise after the polished re-tooling of the 2002 remake of the original RE sold over 1 million copies.

Yoshiaki Hirabyash from R&D 1 is featured in a brief one minute video that was posted on the official Resident Evil YouTube page and on Capcom’s social media profiles. Work has just begun on the rebooted RE2 so it could be sometime before we see anything from the game.

In the absence of an official remake fans have taken to the task of reimagining the destruction of Raccoon City with at least two different projects.

Programmer and fan of the series Rod Lima took to the task of porting all of the game’s original models, cinematics and other assets into the Unreal 3 Engine and programming the game’s mechanics on his own. The results of which are pretty amazing – in an one hour and thirty minute long YouTube video you can see how clean the environments look as well as how faithful Lima’s work recreating RE2’s classic gameplay went.

Another project Resident Evil 2 Reborn received widespread coverage  this past July when non-profit developers of the Unreal 4 title Invader Games revealed that they were seeking to re-imagine RE2 with a more cinematic approach closer to the modern RE titles. Their approach included an over the shoulder camera, a lack of a knife/melee attack (although this could have been also due to the alpha state of the project).

Was Capcom moved to greenlight a modern take on Resident Evil 2 due to these fan projects? Who knows but it looks like we will be heading back to the infested streets of Raccoon City sometime in the next few years.