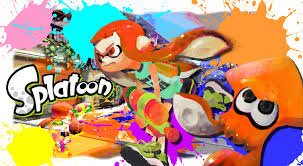 Nintendo of America has confirmed that they will hold a second Global Test Fire for their colorful upcoming third person shooter Splatoon. If you already have the Global Test Fire Demo installed on your Wii U you should be good to go, otherwise make sure to grab it before the one hour stress test on May 23rd between 3pm – 4pm (Pacific Time).

Splatoon was announced during E3 2014. It is a third person action title for the Wii U where players take the role of adolescent Squids who can transform into humanoid shape. Instead of focusing on the kill/death ratio that other shooters rely on, the Turf War multiplayer mode in Splatoon are all about the amount of ground your team is able to cover with colorful ink.