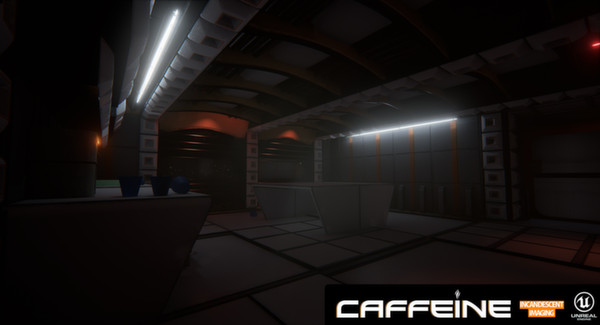 Speaking of crowdfunding, there’s a space adventure out there that could use some love. Even if you can only afford to donate the price of a good cup of java. Caffeine sees you wakening on a mining ship with no knowledge of who you are, or any memory at all. You’re a young boy, which explains the low view point. That’s it.

The demo released so far shows various rooms around the ship and features some sticky notes and at least one audio log that I could find. It’s well done and with the Unreal 4 engine being used you can easily get lost staring at the pretty textures along the way. Or at least I do. Pretty space walls… Ahem.

Caffeine creator Dylan Browne is currently seeking small funds via IndieGoGo for new development hardware. The demo itself is even on Steam if you want to give it a whirl yourself.