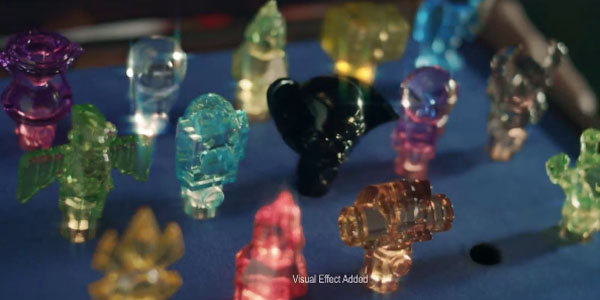 I’m glad you asked! Toys For Bob’s latest installment of Skylanders has been released and the main addition this time is trapping enemies. How does that work anyway? How many of those trap things do you need? What happens when you trap more than one enemy to one trap crystal? How much can you do with those captured enemies? Let’s find out!

To begin with, Skylanders Trap Team comes with a Water Trap and a Life Trap. These correspond to enemies of that element. So right out of the box you’re able to capture the full range of life and water enemies. How? The enemies you can capture are actually bosses and mid-bosses. They are typically introduced in the same voice over fashion enemies have been introduced in throughout the series. You can also view which enemies are able to be captured otherwise.

There isn’t any worry about missing them. After the battle the foes will be trapped in a force field and waiting for the according trap to be places into a slot at the front of the Traptanium Portal, which is the new Portal of Power. It seems you do need to fight these foes with a trap master, but they can be of any element, not just the one the foe is from. I’m unsure if regular Skylanders can trap these villains. However, the game comes with Snap Shot anyway. A water Trap Master.

So you’ve trapped an enemy. Now what? By pressing a corresponding button you can summon them from the Trap Key to replace your current Skylander. Instead of a health bar, they have a timer that slowly drains away. When not in use, their timer charges back up. Enemies also have a quest each which is how they gain more power. This quest can be really basic such as just having the enemy trapped and ready to use at a specific NPC in a level, or a more elaborate area you’re teleported away to.

Trapping more than one enemy of the same type will allow you to choose between keeping the current enemy in the trap or switching to the newly trapped one. This is what happens upon trapping. Mercifully, all of your enemies are held back at Skylanders Academy, your latest home base. They at least seem happy about it and enjoy being converted, at least the ones I’ve captured so far. So when you return to base you can swap out the enemies in your current traps. Yes, that means you can have a full set of traps and the game does keep track of what different looking traps for each element you have. However you don’t have to. All you really need (at least in my experience so far) is one trap per element. That may mean you’ll have to replay a level to bring along one specific villain however.

Fortunately there are two triple packs of Trap Keys available that fill in the blanks you’ll have in your collection after buying the regular Skylanders Trap Team Starter Pack. The regular starter pack also comes with a cardboard tray to keep your Trap Keys in as well, so you’ll be able to keep track of who is in what one. The fact that they don’t level up and their only options such as hat, trinket, and if they’ve beat their quest seem to be kept in game makes this new system easy going. This could have easily been a nightmare, but thankfully Trap Keys are NOT one use items and you can easily just swap out and keep collecting with only one of each element. For those who want to always keep a specific enemy on hand, more Trap Keys are available for purchase.

That’s not as ridiculous as it sounds. Take Broccoli Guy for example. His special skill is creating a healing circle that when you swap back to your Skylander you can regenerate health with. He’s one you’ll want to hang on to. That may mean you’ll be capturing and then leaving out many life element enemies throughout the game though. His little health boosts can really come in handy though. I’m still learning about other villains. Interestingly the games musical mini-game can be played as the villains as well!