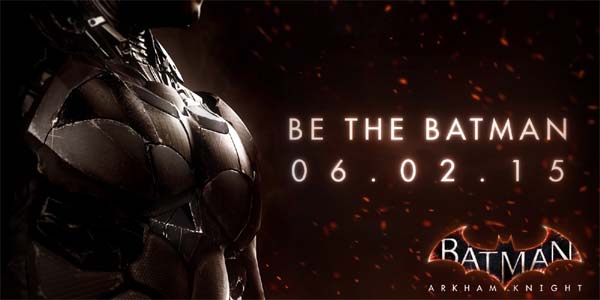 Batman is set to ride down the streets of gotham in his sweet batmobile next  spring with the release of Batman: Arkham Knight on PlayStation 4 and Xbox One.  Warner Brothers interactive has confirmed a release date of June 2nd, 2015 for the caped crusader’s next adventure , which means that we have about eight and a half months to wait before we can put on the cowell once again.

A limited edition of Arkham Knight will set you back $119.99 Canadian while the Batmobile edition is quite a bit more expensive at $229.99!  Both of these editions will be available in North America – Europe and Oceanic regions will also see the release of Arkham Origins on PC as well.

Warner Bros interactive provided us with some promotional images of both editions which you can check out after the jump. 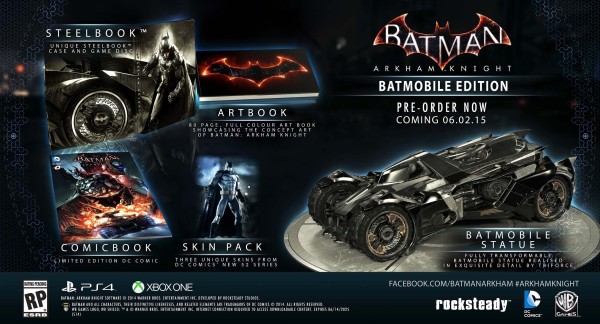 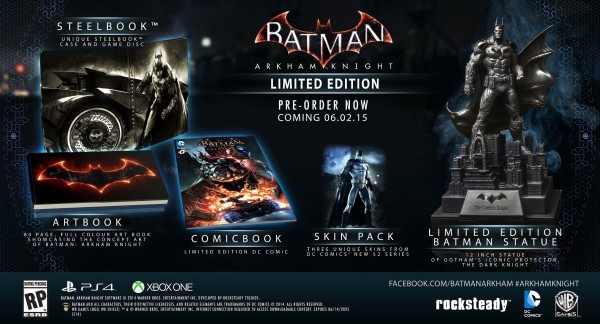