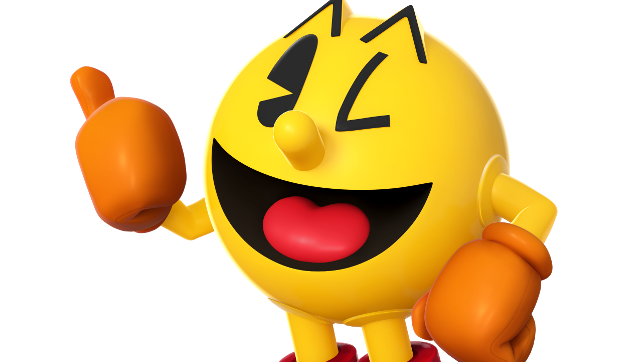 If the lineup of fighters in Nintendo’s upcoming Super Smash Bros. for Wii U and 3DS wasn’t big enough, yet another fighter has been announced.

As Nintendo puts it, four of the greatest icons in video game history are coming together for the first time in one incredible game. At the E3 video game trade show in Los Angeles, Nintendo revealed that PAC-MAN would be joining the cast of the upcoming Super Smash Bros. games for the Wii U and Nintendo 3DS systems. The addition of the BANDAI NAMCO Games Inc. icon brings together video game legends Mario, Mega Man, Sonic the Hedgehog and PAC-MAN in one game for the first time.

The foursome joins dozens of other characters in the game, which will launch for Nintendo 3DS on October 3rd, and on Wii U during the 2014 holiday season.

In the Super Smash Bros. games, PAC-MAN will generally maintain his humanoid shape, but when using specific attack moves, PAC-MAN transforms into the iconic yellow round shape he had in his arcade debut in 1980. He also has trademark actions, such as throwing fruit or eating power pellets. 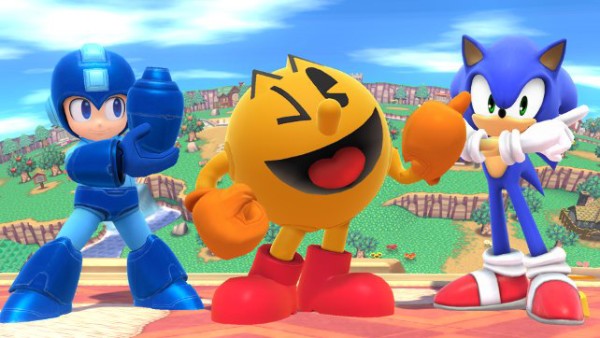 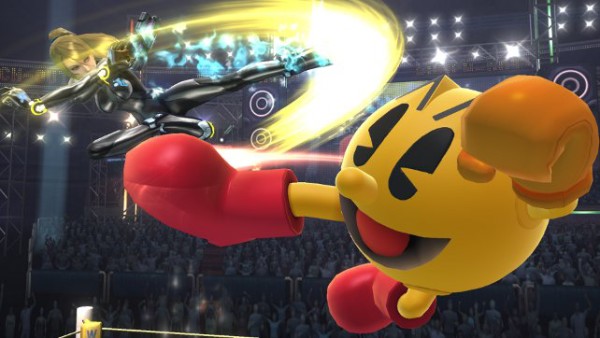 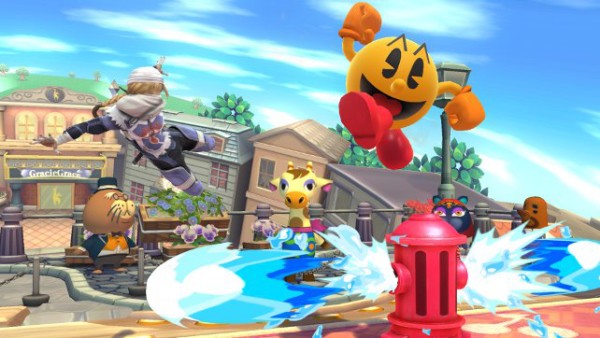