Square Enix announced today that a playable demo for Lightning Returns: Final Fantasy XIII is now available for download on the Xbox 360 and PlayStation 3. As a special bonus, players who download the PlayStation Network demo will automatically receive the Utsusemi Garb DLC, which includes the Heavenly Fan weapon and the Kaminari (meaning “Lightning” in Japanese) shield item. The DLC pack will download with the demo and will be unlocked in the full retail game on February 11. The DLC pack will also be available to purchase for other customers later this year.

The demo puts players in control of Lightning as she traverses the chaos-infested Yusnaan palace of her old ally, Snow. Players will experience Lightning’s new customization options and master the game’s completely overhauled battle system. For those who activate the Outerworld services and submit their battle scores of the final fight against Zaltys, the ‘Siegfried’ outfit will be unlocked in the full retail game. 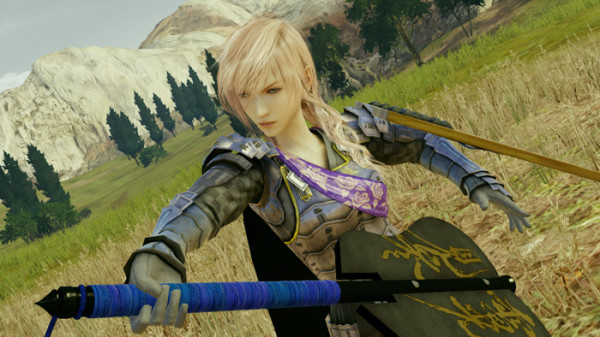 The ‘Spira’s Summoner’ DLC is available free exclusively via Amazon pre-order and will be available to purchase for other customers later this year.

Lightning Returns: Final Fantasy XIII will be available for the PlayStation 3 and Xbox 360 on February 11, 2014. 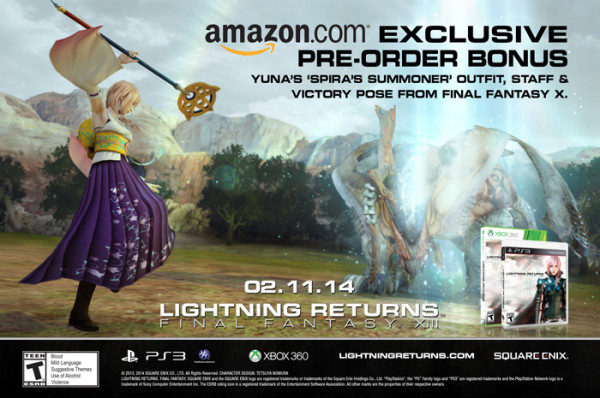