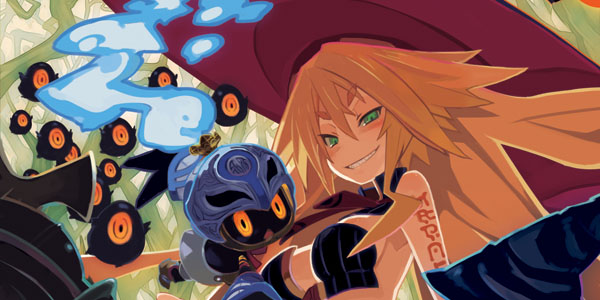 Unlike previously reported by me last year, the west will be getting The Witch and the Hundred Nights this coming March in 2014. It seems I was a bit over excited before and confused the Japanese release date with the western one. To my understanding, the game has never been delayed. The game which was released in Japan this past summer is a PS3 title. Focusing on marsh witch Metallia and her hundred knights she can summon, Kotaku compared the gameplay to the likes of classic Zelda adventures from the NES and SNES era. However you’ll be using combos and special attacks, leveling up, and many fun things we’ve come to love about NIS games.

NIS has tried many different gameplay concepts from tactical in the past in it’s classic tactical Disgaea setup to the roguelike adventure found in Z.H.P. and The Guided Fate Paradox. The Witch and the Hundred Knights seems to be quite different than their other top down games such as ClaDun X2 and Legasista however. I haven’t had any hands on time yet, so I’m not positive about how damage occurs in relation to those two action titles, but the areas are seemingly an actual world to explore rather than random dungeons.

We’ll definitely be keeping up to date on this title and looking forward to the upcoming release.