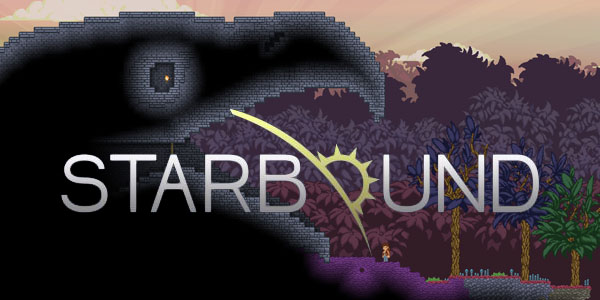 Chucklefish, the developer behind the recent Terraria-like space adventure, has kept beta players going with lots of fast and furious updates. They’ve actually apologized for a slow update progress, which is surprising since they only released the beta on December 4th and this is already the second patch sent out today. Perhaps there was mention of an update sooner on their forums or such.

So far Starbound has been lots of fun! Unlike Terraria, you planet hop in your space ship you can beam up to from each planets surface. Things such as coal and wood can power your ships fuel up, allowing you to go out into a star chart and pick what planet you want to visit next. Also, planets are looping environments, so there’s no massive ocean blocking off either side of the map. Read on for

What have these past days been like? In the early stages before the first update, mining was quite a bit slower. Now you can get better gear faster to cut through dirt like butter. You’ll still hit times when you’ll be chipping away at stronger rock, but minerals aren’t that difficult to discover. So if you get frustrated with a planet, you can just hop on board your ship and fly off to another world to plunder the natural resources from.

The biggest surprise in all this traveling is there are quite a few random things to come across. Towns and various other structures make exploring fun. Of course too, being a Terraria like game, you can pretty much take everything you want from these locations. It sounds like in the final version of the game, this will change and various groups will be upset by you plundering their belongings. Also included in towns are shops, allowing gamers to customize their characters look further with clothing they purchase from NPC merchants.

Further changes are coming to the game. Originally the temperature of your character was represented by a falling bar showing the sun at the left hand side. It wasn’t quite clear what this meant until you realized your character was getting cold. Now it’s an actual thermometer. Different planets can be colder than others. I’d actually come across one world where it warmed up at night and was cool in the day. Now it seems Chucklefish is working towards altering their tier and level system to make it clearer. You don’t gain levels yourself, but the monsters and planets were represented by levels. Now it seems they’ll be moving to a threat level system instead to steer you clear of stronger monsters. That and it wasn’t always clear how powerful a weapon was since armor penetration plays a big role in the damage your character does. So an item that has higher penetration is better than one that does the same damage but at lower armor penetrating values. Makes sense, but if you didn’t notice it at first you’d already be far from your anvil and mining away.

Yes there is a lot of mining to the game, but the curve of how fast things can get going is pretty decent so far. Chucklefish is focusing on balancing the game as much as they can right now, so more changes to the games speed are surely on the way. There is a huge game here that is slowly evolving before the beta testers. Currently Starbound is an early access game available on both Steam and their official Starbound site. Be warned however that the game is in beta, and there is the odd chance you may not even be able to play. I’m doing well, oddly another of my friends can’t play at all without it crashing, and another had to restart the game before it worked right. Improvements are on the way and hopefully we’ll all be exploring the stars soon together.