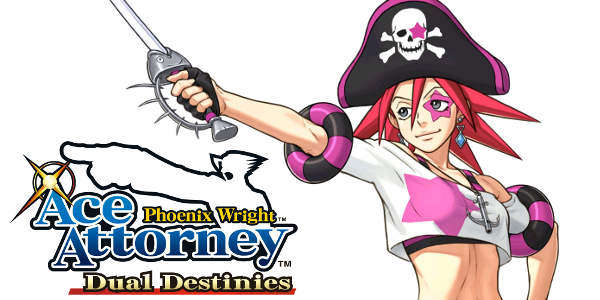 Capcom has released a new case for Phoenix Wright: Ace Attorney – Dual Destinies today with a brand new case titled ‘Turnabout Reclaimed.’ The extra episode can be downloaded from the directly from the in game menu for $5.99.

In the new content you’ll meet new client and pirate Sasha Buckler, who wants the Wright Anything team to help defend her friend on a murder charge. She takes Phoenix to the scene of the crime, the Shipshape Aquarium, to meet the defendant… a killer whale?!?

‘Turnabout Reclaimed’ is a full-length episode that tells the story of the first case Phoenix Wright took on after reclaiming his Attorney’s badge. Unravel the truth using all investigation techniques from Phoenix Wright: Ace Attorney – Dual Destinies, including the Mood Matrix and Psyche-Lock. Series favorite character Pearl Fey returns to assist the team as they face off against the mysterious prosecutor Simon Blackquill.

Take a look at the trailer for the new DLC below. If you don’t have the game yet you can download that right from the Nintendo 3DS eShop for $29.99.