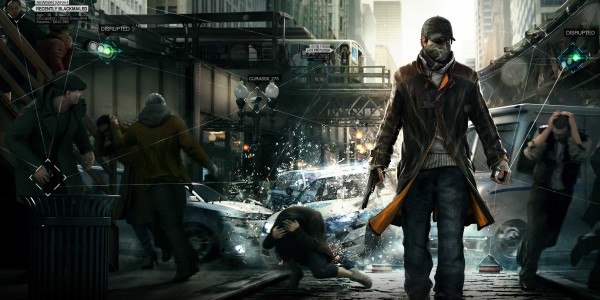 Hotly anticipated Ubisoft titles Watch Dogs as well as The Crew are being postponed until next year – Spring 2014 for Watch Dogs and an ambiguous fiscal year 2015, meaning it could release as early as April 2014.

“Our ambition from the start with Watch Dogs has been to deliver something that embodies what we wanted to see in the next-generation of gaming. It is with this in mind that we’ve made the tough decision to delay the release until Spring 2014.”

“We know a lot of you are probably wondering ‘why now?’ We struggled with whether we would delay the game. But from the beginning, we have adopted the attitude that we will not compromise on quality. As we got closer to release, as all the pieces of the puzzle were falling into place in our last push before completion, it became clear to us that we needed to take the extra time to polish and fine tune every detail so we can deliver a truly memorable and exceptional experience.”

“We would like to take this opportunity to thank all of you. We thoroughly enjoy and appreciate the way you respond on the web, at events, press conferences and during other opportunities we have to interact. Your passion is what drives us.”

“We can’t wait to see you in Chicago next spring. We are confident you’ll love this game as much as we love working on it.”

Questions raised as to what this delay would mean for those whom pre-ordered Playstation 4 or Xbox One bundles containing Watch Dogs, which was originally meant to be a release title for those systems, were initially doubtful, with Ubisoft outright stating they have no answer for what would become of those pre-ordered bundles. However, Amazon and Gamestop have since announced they intend to honor all pre-ordered bundles, Gamestop offering to substitute for other bundles, if so desired.

“Our long term goal is to win the next generation,” said Yves Guillemot, Ubisoft co-founder and CEO. “The tough decisions we are taking today to fully realize the major potential of our new creations have an impact on our short-term performance.”

“We are convinced that, longer term, they will prove to be the right decisions both in terms of satisfaction for our fans and in terms of value creation for our shareholders.

“We are building franchises that will become perennial pillars of Ubisoft’s financial performance. In a context of growing successes for mega-blockbusters, the additional time given to the development of our titles will allow them to fulfill their huge ambitions and thus offer players even more exceptional experiences.”