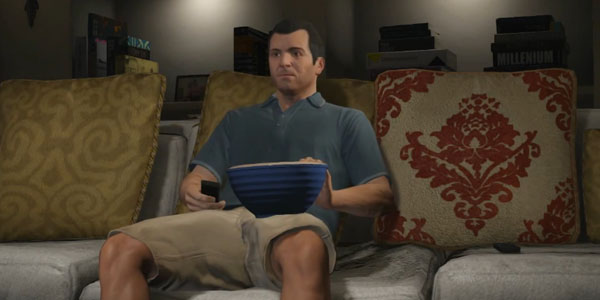 Rockstar Games released a gameplay video for Grand Theft Auto V today which as usual is filled with hints at unmentioned content, lots of features being explained and displayed, plus a look at just how beautiful that new game world looks in motion.

It’s quite interesting, since I think this is the first time we’ve really seen a video like this from Rockstar. Usually there’s lots of trailers we all go crazy for, and then the game is released. There’s just so much in this sequel, it’s good and important to see them taking the game to go over it personally with gamers. The video below has just so much to explore! It’s definitely worth the time to give it a closer inspection.

All this wraps up with a lead in to the next video which will focus on Grand Theft Auto Online which seems to be included with GTAV. Potentially, this multiplayer component will focus on a more massive player count focus from the looks of the video. There is so much here though. Just for example, the ending with the multiplayer teaser shows a character looking out from inside a building into the game world! Sure things like the diners in GTA IV were like that, but this seems to potentially be a high floor in a skyscraper. Does this mean no transitions between inside and outside? I guess we’ll find out!