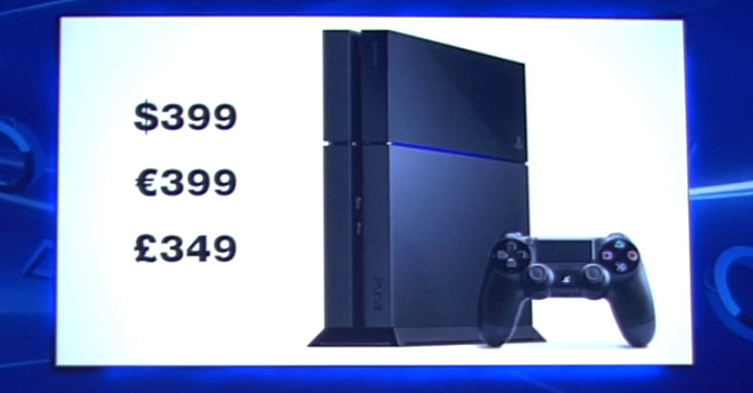 Andrew House could have just dropped his microphone and walked away from the end of the 2 hour PlayStation E3 press conference, after announcing that the PlayStation 4 will retail for $399 USD. Sony has single handedly given themselves a giant advantage over Microsoft, whom this morning priced their console at $499. It’s almost as if this end of conference surprise makes up for the “$599 U.S Dollars” controversy seven years ago.

Sony’s execs also took shots at Microsoft by announcing, via slides, that their console will support used games, has no online activation or the need to “phone home” every 24 hrs and you own all of the software you’ve purchased. You’ll be able to buy PS4 games, rent them, loan them to friends or just shove them in the microwave. Traditional used games and the rights of gamers are firmly understood by Sony, it seems.

The first two major players have fired their shots, Nintendo is up next tomorrow morning, and the expo hall opens at noon. Who do you think “won the show”? Let us know in the comments section.