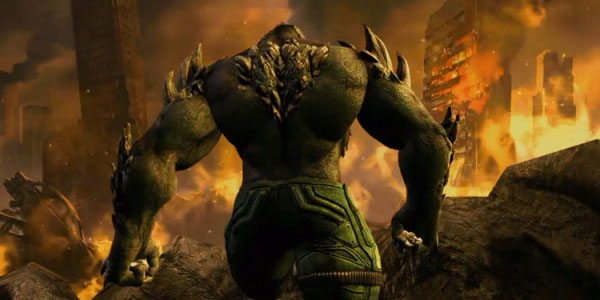 Last week a demo was released for PS3 and Xbox Gold Members for NetherRealm’s latest fighter, Injustice. Allowing gamers to not only give the fighting system a whirl to see how it differs from Mortal Kombat, but also to play as either Wonder Woman, Batman, or Lex Luthor, in a four tier fight leading to Doomsday. The demo itself only focuses on the Gotham rooftop arena which leads down into the streets too if you power slam your opponent off the far right of the building.

This is a wonderful taste, but don’t forget about the cinematic storyline and S.T.A.R. Labs challenge mode that will be coming in the full game. All this in just one week from today! So brush up on your skills using the background of Injustice to your tactical advantage and get ready for a DC Comics adventure unlike anything you’ve seen before. Injustice will be released April 16th.