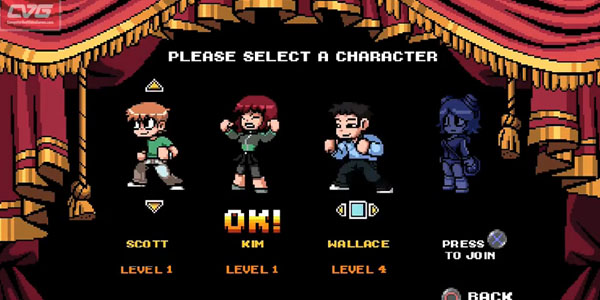 We reached out to Ubisoft for an update to our Wallace Wells and multiplayer article that was just posted. Talk about luck! Ubisoft just announced Scott Pilgrim Vs. The World Ultimate Edition today which includes the DLC pack, as well as the seperate pricing if you already own the original title.

Scott Pilgrim Vs. The World Ultimate Edition includes both the Knives Chau Add-On Pack and the Online Multiplayer + Wallace Pack from the original game. All for $14.99 on PSN or even better, $11.99 for PS Plus members! No word yet on an XBLA version, but odds are one is on the way for a similar 1200 points. The DLC pack featuring Wallace Wells and multiplayer is available seperately for $4.99 ($3.99 PS Plus price). From the sounds of it, the DLC comes out… tomorrow! March 12th! I guess I waited just long enough to ponder about this content again. Talk about timing! Read on for the official descriptions from the Playstation site, as well as the trailer for the original game and some multiplayer action from CVG.

The fan-favorite, 2D retro styled side scrolling beat em’ up is back and better than ever! This new release includes the original Scott Pilgrim vs. The World game, plus the Knives Chau Add-On Pack and the Online Multiplayer + Wallace Pack; all at a new release 20$ discount for PS Plus Members. For fans that already have the game, you’ll be able to get the Online Multiplayer + Wallace Pack at a discount; detailed below.

The long awaited online multiplayer experience, packed with a new playable character, Wallace Wells, Scott’s hilarious roommate, is finally here! With this Add-On, you’ll be able to invite up to 3 players in a private match or host a public match for online co-op gameplay. You can also jump in a game via the quick join option. The best part? All players gain XP and level up while playing. Get on it this week with a limited time 20% discount for PS Plus members.