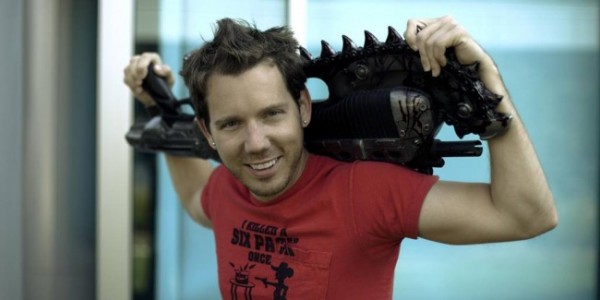 According to Cliff Bleszinski, it seems as though the time is not right to be a console developer. That’s what Bleszinki recently said during an interview with GameIndustry.biz. In his interview Bleszinski states that:

“This business has not been in a state of transition like it is right now since the video game crash of the ’80s”. He goes on to say: “”I really think we’re in a massive state of turmoil. I think Nintendo could possibly be faced with the situation of becoming a company that only makes software moving forward. I think Sony and Microsoft are about to come to major blows. But at the same time, people love playing games on their iPad. The PC is going through a wonderful renaissance right now. I think we’re ready to do digital download games all the time…I just want to see what happens. In regards to the industry, it’s like the Super Smash Bros. of business right now, and I want to see if Peach or Mario wins.”

Obviously, the man is certainly biding his time to return to the industry that made the man what he is today. His statement comes at a time where Sony, Microsoft, and Nintendo will be vying for the top spot in the console race at toward the end of the year, 2013. But, what of the others? What of Ouya, which has a very open platform for developers to create games unique to their style and their hardware choice as well.

“When Gears of War 2 launched and we found out that our netcode wasn’t working right, it took us three months to get an update out. By that time, the majority of users had moved on to the next game or had traded it in. If Microsoft and Sony are to do well in this next generation, they are going to need to reduce that time as much as possible, as well as continue to enable user-supported mods, independent games, and really just get rid of the wall that makes it incredibly hard to find those products, even if they’re allowed on the console… All that red tape needs to be stripped away in order to create an ecosystem to allow for a product like Minecraft to actually happen on a console.”

Some of the subjects that Bleszinski is talking about is embracing more of a readiness to adapt to new pricing structures. Currently he believes that the market for console games is about ~80% where downloadable content and other digital items ares near 20%. Cliff suggested that these companies start embracing a more tiered pricing. A certain amount for shooters, AAA titles and downloadable titles. All of which that would have the consumer and the developers in mind.