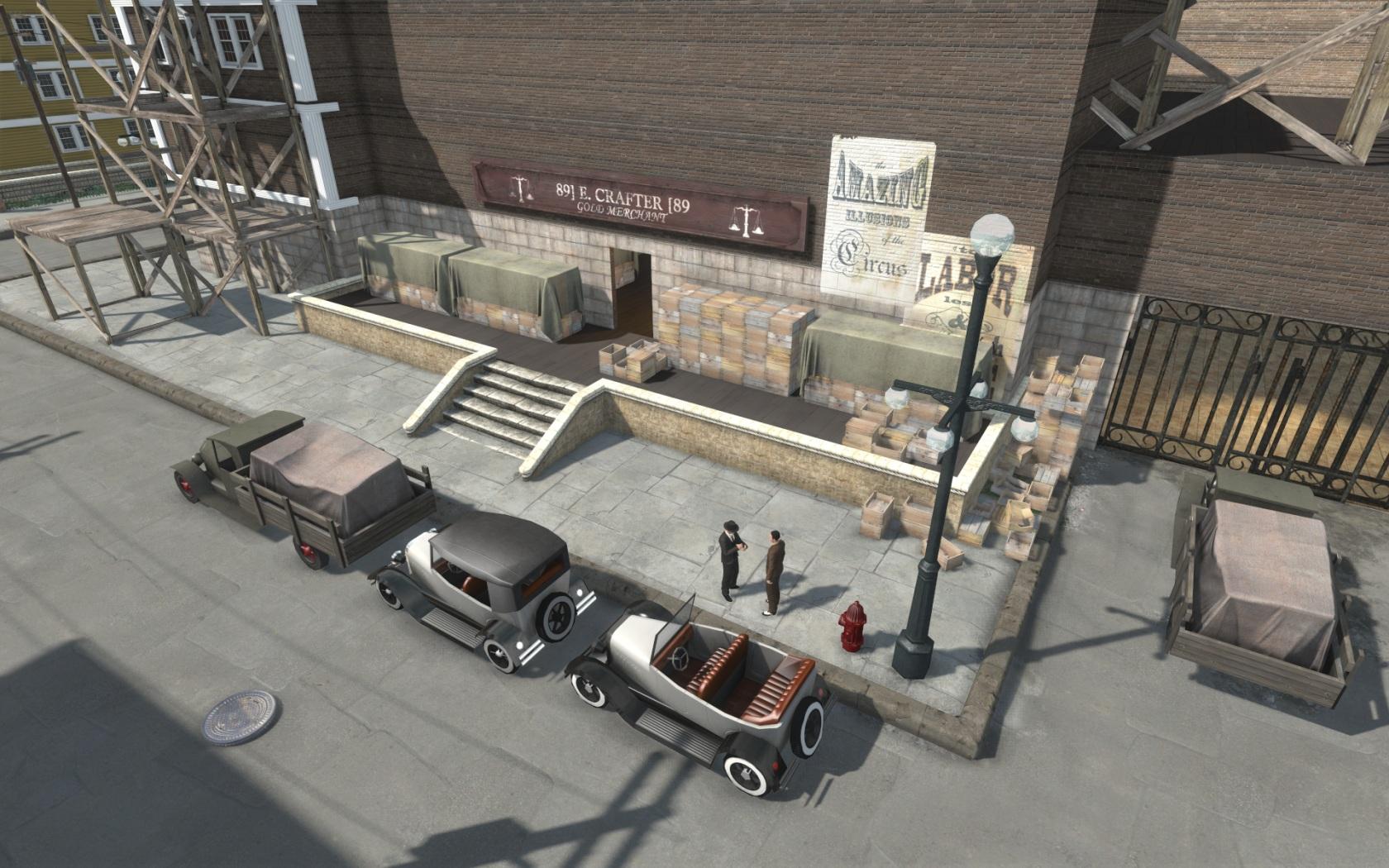 Kalypso Media’s latest PC title Omerta – City of Gangsters has gone gold for both the Xbox 360 and Windows PC.  It will be available at retail on February 12th 2013.

Omerta transports players back to a 1920s version of Atlantic city where they are tasked with building a criminal empire that will fill other gangsters with fear while benefiting those who are close to them. On the gameplay front Omerta is a mixture of turn based combat and strategic city domination. In order to conquer all of Atlantic City you’ll have to send out mobsters on hit contracts, raid rival hideouts and more.

Check out the full PR text after the jump or visit their official website for more information.

“We are thrilled to be able to release yet another great strategy IP with Tropico 4 developer Haemimont,” said Mario Kroll, Vice President, Kalypso Media USA. “Omerta – City of Gangsters will let players choose brass knuckles and tommy guns, intimidation or bribes, or a combination of all of these, to carve out their own criminal empires on the Atlantic City Boardwalk.”

Omerta – City of Gangsters is a simulation game with tactical turn-based combat. Taking the role of a fresh-off-the-boat immigrant, with dreams of the big life, the player will work his way up the criminal hierarchy of 1920’s Atlantic City, New Jersey. Starting with small jobs, his character recruits a gang and expands his empire by taking territory from other gangsters. Eventually he establishes his own crime syndicate and becomes the de facto ruler of Atlantic City.

The player strategically manages his business and his minions in a real-time format, slowly but steadily increasing his influence over the city. The player sends his henchmen out on missions ranging from assassinating an informant, to raiding a warehouse, springing a friend from prison, robbing a bank or attacking a rival gang’s hideout. Nobody is above the law in Atlantic City, so it always helps to have a little cash handy to bribe a policeman or pay off a politician.

The turn-based combat in Omerta – City of Gangsters focuses on the tactical command of “The Boss” and his henchmen. Cover and stealth are essential parts of any shootout in the game. Finding the best vantage point to gun down an enemy, while taking cover from a hailstorm of bullets, can be just as satisfying as sneaking quietly behind a foe and taking him down.

About The Kalypso Media Group

Founded in 2006 in Germany by industry veterans Simon Hellwig and Stefan Marcinek, Kalypso Media is a global, independent developer, marketer and publisher of interactive entertainment software with 120 employees world-wide.

Kalypso Media‘s titles include the critically acclaimed Tropico 4, Sins of a Solar Empire, and Dungeons. Upcoming multi-platform titles include Port Royale 3, Omerta – City of Gangsters, DARK and The Dark Eye – Demonicon. Further information about Kalypso Media is available at http://www.kalypsomedia.com.

Windows, Xbox, Xbox 360 and Xbox LIVE are either trademarks or registered trademarks of the Microsoft group of companies.