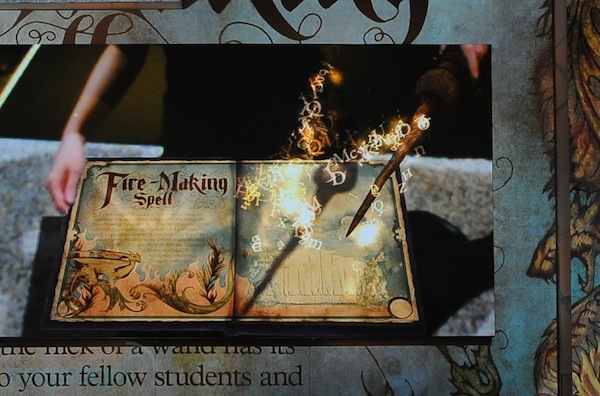 Hoo boy I was not looking forward to this one. Harry Potter is a huge phenomenon all over the world and that is so for many reasons. Today we’re not here to discuss the excellent novels or the pretty good movies, we’re here to talk about the terrible, terrible licence games. None of the harry potter games have ever risen above decent in terms of quality in my opinion and unfortunately, Wonderbook: Book of Spells might just be one of the worst entries in the whole franchise. This game is clunky, ill-designed, and most of all boring. As such something this bad rarely comes along, so kiddies without further ado, bring your beat-sticks, let’s get thrashing.

First of all I recognize that this is a kids game fundamentally, and as such I can’t judge it as a serious gamer (if I did it would probably get a 1). But, fundamentally this game is not really a game. It’s really a tech demo for the Wonderbook hardware that comes in the form of a collection of minigames. So looking at this from that perspective: first off I have to say that the Wonderbook is one of the most ill-conceived ideas for hardware since the Wii mote golf attachment.

The problem for the hardware itself is that it basically forces you to sit cross-legged on the floor with the camera pointing directly at you, if you want to use it. This position gets painful after a while and literally forces you to get up and move around. Note to Sony, if your hardware’s intended method of use causes the subjects physical pain you’re doing something very wrong. More than that the PlayStation eye will sometimes misread the actions that you are taking sometimes, and you had better hope your pet doesn’t wander across the book cause that just causes all kinds of havoc. It is worth mentioning as well that you need the entire move bundle including the PlayStation move and the PlayStation Eye Camera in order to play the game. For unsuspecting parents they may not be aware of this, if you do not already have these the game is otherwise useless. If you don’t already have these attachments this game does not make a justification to buy them. 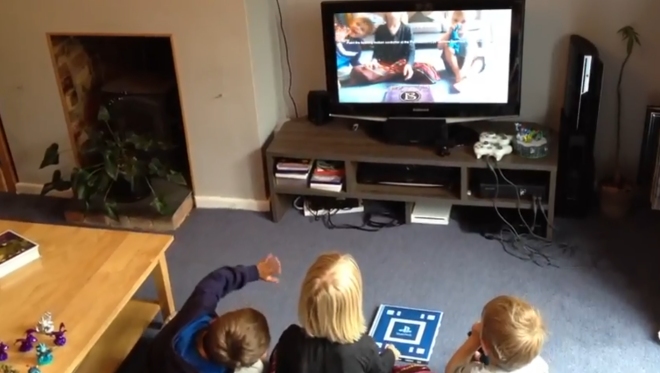 The graphics in this game are laughable, looking like something you would see from a low budget production that would’ve maybe qualified as an Xbox 360 launch title. With games like Far Cry 3, Ratchet & Clank and Uncharted really showing off what the PS3’s hardware can do, there is absolutely no excuse this late in the cycle to make a game with such poor graphical performance. Even other kids games like Skylander’s or Katamari have a much vibrant colour palette and are far more pleasing to look at than this blocky mess.

The gameplay itself is nothing special or important. It really is just a series of samey harry potter themed mini-games which are meant to show off the new hardware. There are five chapters broken up into two halves each. You learn two spells per chapter and then you take a test to complete the chapter. Using each spell requires that you speak it aloud and perform a gesture using the Playstation Move Controller. You then go through a couple of mini-games to try out each of the spells. That is literally the entire game, the story was minimal at beast filling in minor details within the Harry Potter universe. Gameplay is very boring and repetitive. The game itself clocks in at only around 5-6 hours to beat, based upon my average time of one hour per chapter. Once finished there really isn’t much more to do with the game or hardware except put it in the closet and hope for better games. 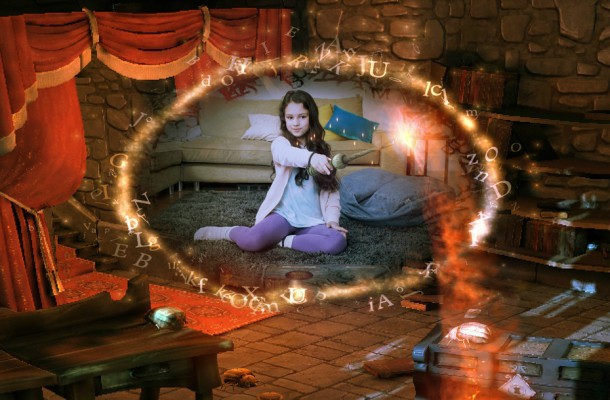 Unless you are a dedicated Harry Potter fan or a parent of a dedicated hogwarts attendee, most of the tropes found withinthis game will go right over most people’s heads. The connectivity with the online site pottermore.com basically will give you your wand from pottermore in Wonderbook: Book of Spells and will upload any house points you earn in Wonderbook to your account pottermore account.

The only good thing about this game is that it’s cheap. At a 40$ price tag it comes in significantly below the price of other games which are offered for higher prices this holiday season aimed at similar demographics, such as Skylanders. So for parents who looking for are for a cheap(er) alternative to pick up for their kids this might be a somewhat viable option but only if your kid is a hard-core Harry Potter fan. Nothing else even remotely justifies even considering this piece of muggle trash.

In the end this is a game that reeks of laziness. It was simply a series of harry potter themed mini-games that was rushed out of the door as way of demonstrating the Wonderbook hardware. What they produced does not make a compelling case for the use of the Wonderbook as a decent attachment to the PS3. Really unless you are a cash strapped parent with a harry potter fanatic child and you don’t know what to give them for Christmas give this a pass.