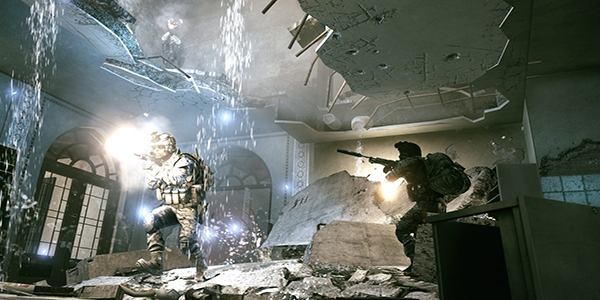 Last year’s Battlefield 3 gets a little larger with the launch of the latest expansion, Aftermath, on the PlayStation 3 tomorrow in North America as long as you are a subscriber to the Battlefield 3 Premium service. Xbox 360 subscribers are going to have wait a week before joining in on the fun. None-Subscribers will be able to snag this add-on as a stand alone DLC for $14.99 on December 18th for Xbox 360 / PC and December 11th on PlayStation 3.

The Aftermath Expansion adds the following maps: Epicenter, Markaz Monolith, Azadi Palace and Talah Market. As well as several vehicles including the Phoenix, Barsuk and Rhino. Aftermath’s hook is that its content takes place in the epi-center of the 8.1 magntitude earthquake which kick-starts the game’s plot.