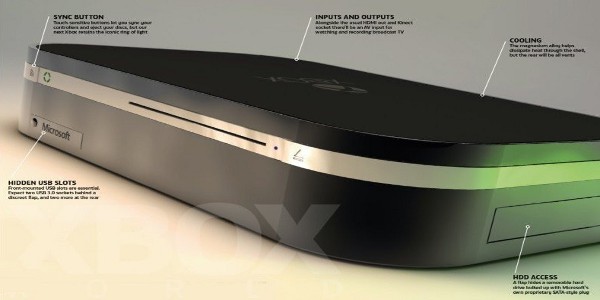 One of the many unfortunate things in this industry is that we see many developers, publishers, and even gaming industry media outlets being shut down year after year. It seems like that number is on the rise even more so here recently. Such is the fate of the people at Xbox World. So first I would like to say our thoughts go out to all that are affected over there. We wish them luck in finding new jobs swiftly.

There’s really not a decent way to break away from the above paragraph to get this next part. So, in spite of the closure…one thing that has been unveiled is new rumored details on the next-gen Xbox console. In the article of the magazine Xbox World states that the next console will simply be called “Xbox”. Not Durango, Xbox 720, or whatever else you may have heard…just Xbox. Personally, I think it fits. I don’t like the idea of “720” and Microsoft can’t go with Xbox 3 as it would create the illusion that the PS4 was a higher number so it would be better. Which, that’s not to say that the PS4 won’t be better, but that’s an argument for another time.

More details that are given in the last issue are the next-generation Kinect 2.0, it will use Blu-ray discs and feature directional audio, a TV output AND input, ‘innovative controller’ and  Augmented Reality glasses according to CVG. As well as 8GB of RAM and “four hardware cores, each divided into four logical cores”.

Here is a mock-up that was designed from Xbox World by gathering leaks from Microsoft and some industry insiders as to what the Xbox could potentially look like. 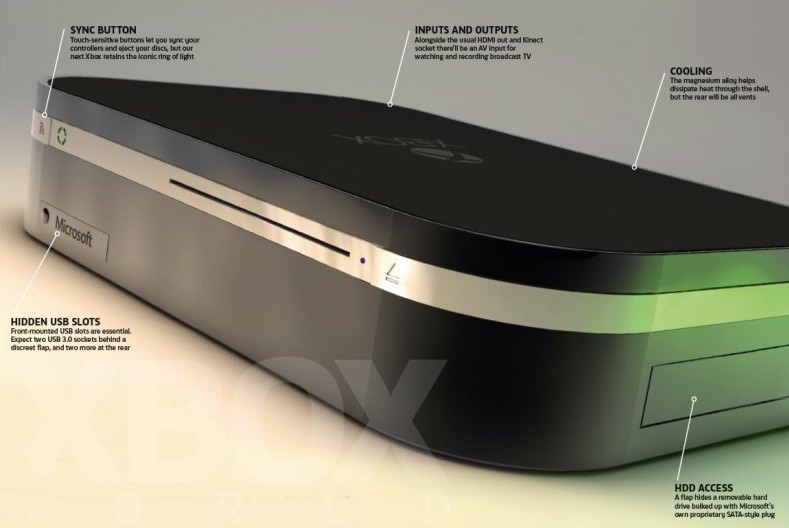 “We built ours with the same glossy face and patented VapourMG magnesium alloy Microsoft uses for its Surface tablet, and modeled the silver band after its new ‘Wedge’ touch keyboard and flexible Arc Touch mouse. The future will be black, sharp and curved.” Editor in chief Dan Dawkins told CVG: “Xbox World has been at the cutting edge of Durango coverage for over 12 months. Unless something really dramatic changes, everything we reveal in our penultimate issue will be revealed long before E3 in June.”

One thing I have to say is I hate it when Microsoft, Sony, & Nintendo state they have “innovative controllers”. I don’t think you can improve the Xbox 360 controller (or the PS3 either). But again, this is all rumor as of now and without having trying the controller out I can’t really speculate to much.

So, what do you all think about all of this? Blu-ray was a definite must and this Augmented Reality should be interesting…if it proves to be true.