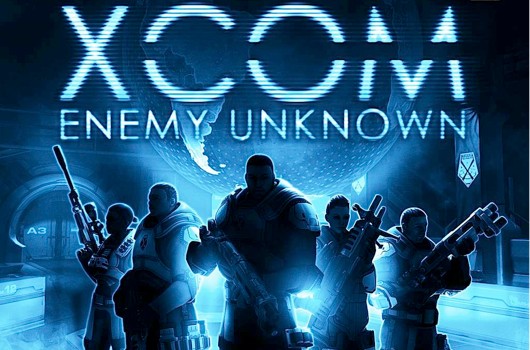 XCOM: Enemy Unkown is the resurrection of a once great series. The original XCOM titles were amazing tactical and unforgiving you could lose hours trying to save the world. I’d love to say that Enemy Unknown is the perfect return to form however that would just not be true. This series has been updated sometimes for the better and other times for the worse.

Starting with the visuals you really get a mixed feeling. Alien character models feel classic yet updated all at the same time. Environments are detailed and have plenty of destructible pieces of cover. The problems with the visuals are readily apparent when you see the human characters, specifically your squad. There is one body type per gender, the game gives you subtle variations but the base feels the same. Blocky hulking men and slender women combine that with a lack of hairstyles, or hell any deep customization and the disappointment is complete. The game is not ugly it just lacks the variety I feel it should have.

Audio is another mixed bag, weapons feel powerful and real. Aliens feel terrifying and inhuman really setting the stage that this war may not be winnable. The score is unnoticeable but that tends to be a good thing it suits the mood of the events onscreen just doesn’t leave you with anything overly memorable. The bad is once again with the humans and the god awful voice acting. The voice acting overall is terrible, there are a few roles that are fun to mock simply because they feel so silly (I’m looking at you shadowy council voice). Others are jingoistic or just feel phoned in. 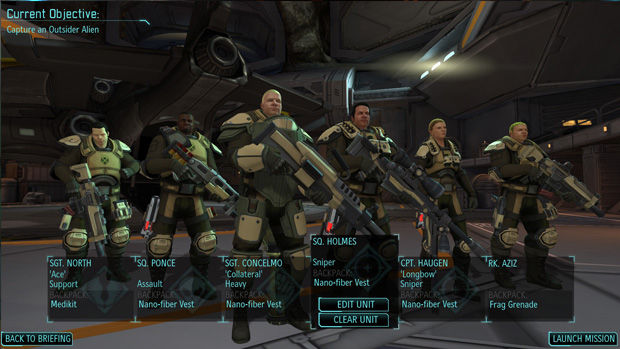 Speaking of phoned in lets talk about the narrative…oh wait the story is almost non existent. You’re the first and last line of defense. Honestly being a story lover myself I should be more upset about this but I’m not. The original XCOM didn’t have much in the story department. What this game does really well is it’s overall presentation and feeling. You really feel like you’re fighting a losing battle struggling just to survive another day. Through the games mechanics this feeling is forced on you but as you research and level your squads, you start to get glimmers of hope. You start believing you can defeat these alien hordes. That was something I felt was very well done.[youtube id=”F1gcTueQp18″ width=”600″ height=”350″]

Now I’ve been ripping on Enemy Unknown for the last little bit here, I don’t want my readers to get the wrong impression however. This game is actually a lot of fun. The game play it’s meat and potatoes make up for every detriment that I’ve listed above. Through Enemy Unknown’s unique resurrection we get to play a tactical turn based game that punishes you but that just inspires you more. Time units are a thing of the past you now have two actions a move and ability action. Each member of your squad will now unlock a class at first level where they’re talents and specializations are outlined. I love this class system it really streamlines the squad building of the original XCOM, it doesn’t dumb the process down but it makes building a squad far simpler and removes the monotony. Using your wonderful strategic brain you can carefully use squad members to lure aliens into traps, provide covering fire or destroy an enemy’s cover. If you like tactical turn based combat and you’re not afraid of a challenge you need to play this game.[youtube id=”tZdanb02280″ width=”600″ height=”350″]

There is so much to love in Enemy Unknown from it’s varied mission types (though sadly base defense is missing), to the aforementioned strategic combat. Honestly the game is good enough from a game play perspective to warrant a purchase. The hours you will lose to planning your base, researching better weapons and armor, or trying to save every damn country will be countless, this game is pure fun. It becomes surprisingly easy to get over the heartbreak of failing after investing 30 hours. You just feel so willing to do it all again. So with all this said what else could this game need? The answer really was nothing then the developers at Firaxis Games decided they wanted multiplayer. There was a feature that no XCOM fan asked for, but you know what? It’s pretty awesome, using a point system akin to the Warhammer tabletop game. You construct a squad of humans or aliens with different gear and begin an intense battle to out think your opponent. All gear requires a certain amount of points based on how you kit out a squad you could possibly go in with one supper upgraded squad member, or a larger group with less valuable gear. There are really some interesting possibilities to say the least. The multiplayer was a surprising bonus to an already great time consumer of a game.

Xcom: Enemy Unknown was a surprise for me even with all my complaints the game at it’s core is a modern interpretation of what I believe XCOM should be there is room for improvement especially on the customization side of things. I hope to see a sequel to see the issues I outlined addressed. Enemy Unknown if worth your time and money, pick this one up and support the future of this series. Hopefully we will see a damn near perfect sequel.