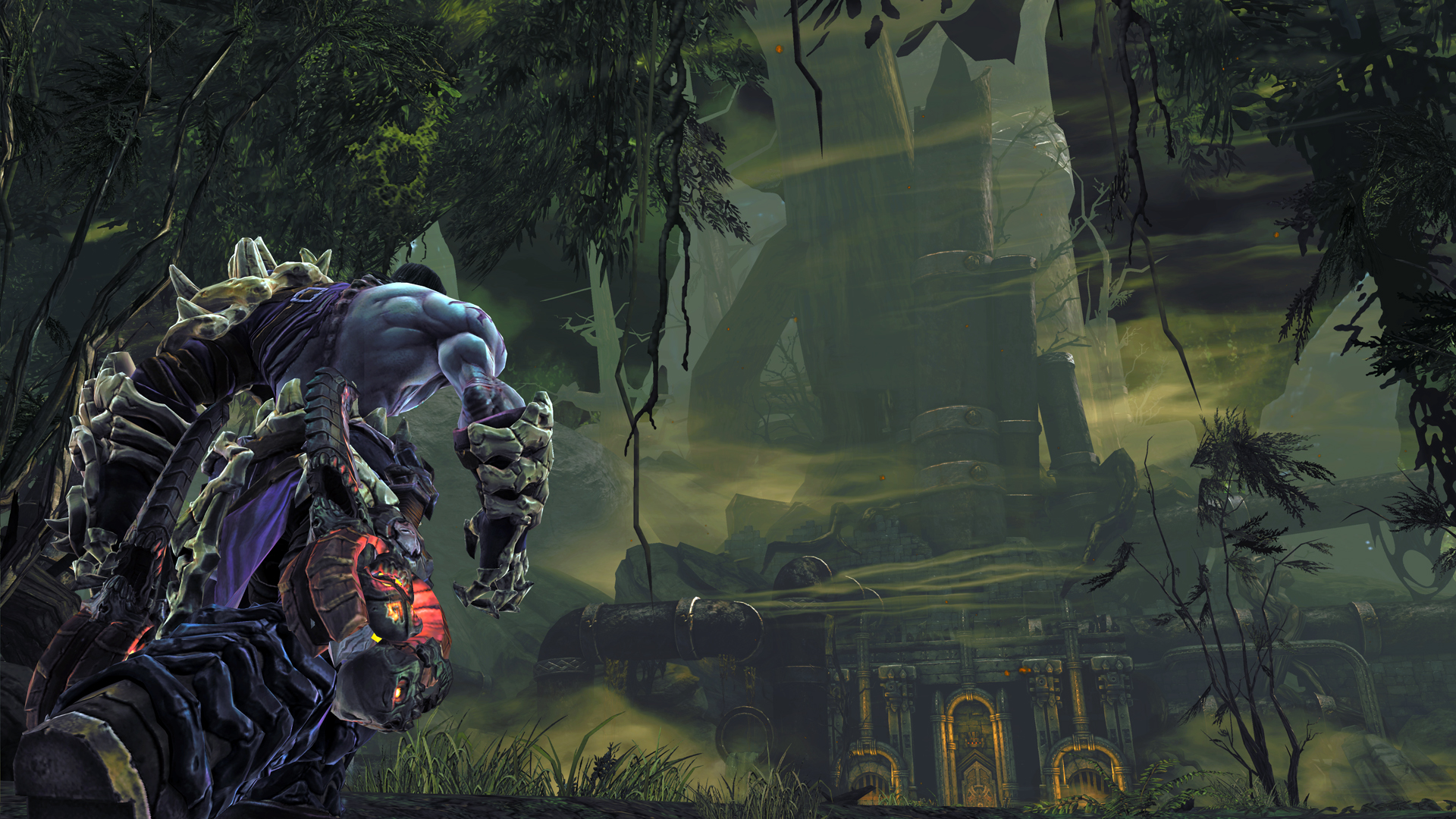 The second DLC for Darksiders 2 is set to release next week. If you happened to miss the first DLC, Argul’s Tomb, check out our review here! Releasing on October 30th for 800 MSP will be the Abyssal Forge.

Here is the official description of the DLC:

“The Abyssal Forge is a living machine designed to harness the unfocussed dark power of the Abyss and create the most powerful legendary weapons.

“The Maker who built this abomination, known only as the Mad Smith, was shunned by his own people and sealed away in the Shadow Lands with his creation. However, the forge hasn’t remained dormant all those years of captivity; it has constructed a vast army and now threatens all creation.”

The Abyssal Forge will take place in a “vast swamp-like Shadow Lands”. Which will include “two challenging new dungeons, new enemies, secrets to uncover and unique legendary loot to collect”.

If you have bought the Season Pass, make sure you download it in game that way you don’t buy it twice. Speaking of the Season Pass for Darksiders 2…pay attention to the site as we might have something special for you…