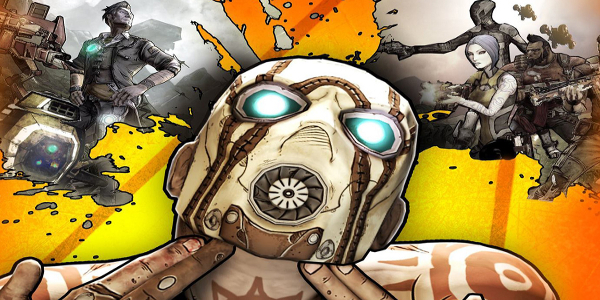 Pandora. It’s been a few years since we last met … my how you have changed. Gone are the dull browns and bleak backdrops. Vanished is the weak storyline. Gearbox didn’t just rest on their laurels and pump out a sequel that is just like its predecessor. No, Gearbox has taken Borderlands shoved it into a metamorphic pod and created a whole new improved animal. A game that takes everything the original was and turns it into something even more incredible.

The hardest choice was picking which character to start out with because all four look so great. Maya, the Siren, is a great choice because of her team health regeneration. She also is the Borderlands equivalent of a battle mage. Able to freeze her enemies in the air while you and your friends unleash upon the helpless victim. Salvador, is probably my least favorite. Not to say he isn’t useful, his Gunzerking can wipe out a mass crowd of enemies. He just wasn’t my playstyle. Zer0 & Axton are amazing in their own right as well. Axton can upgrade to rockets on his turrent (or even have two turrets out at the same time). He’s a great crowd controller and an all around balanced character. As for Zer0, his melee can be amazing if you can stay alive long enough to use it. He’s great at sniping enemies, especially if you take the right skill tree upgrades. 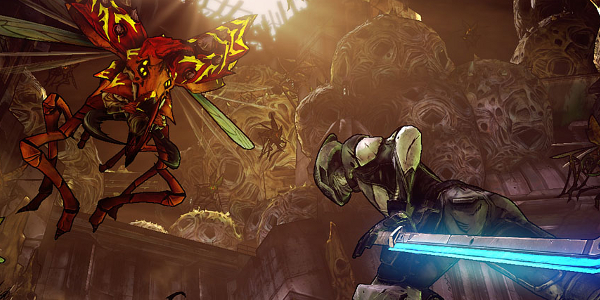 After character selection and a brief cutscene you find yourself alone with Claptrap. One thing you can count on throughout Borderlands history is that Claptrap will always find some trouble for you to dig him out of. This holds true in Borderlands 2 as Claptrap “rescues” you from a freezing death and declares you his minion – complete with a lifetime of servitude and banter! After rising from your potential icy cold grave you learn that Jack, the self-proclaimed ruler of Pandora and Borderlands 2 main antagonist, lured you to Pandora to kill you – as he has other vault hunters before you, except this time you escape.

During this opening act, it’s hard not to notice how much more detail has gone into Borderlands 2. It’s predecessor, while very good in its’ own right, wasn’t much to look at unless you’re just in love with dull brown colors. Gearbox has taken the time to rectify this in numerous ways. From frozen tundra, to a lava filled area, and marshes that have an almost Alice In Wonderland effect. The backdrops are beautifully detailed and the day-to-night cycle are just some of the many ways that Gearbox has improved eye candy in Borderlands 2.

The A.I. has seen a complete overhaul too, seeing the Unreal Engine flexing its’ muscles. Enemies that you shoot in the leg will start to hobble while searching for cover, often making easy pickings. Hyperion robots arms and legs will fall off when shot limiting their movement and fighting capabilities. Let them linger too long though and they will repair themselves or repair drones, bringing a whole new element that the original Borderlands didn’t have.

One suprising thing is the health regeneration taken off the shields. At first I thought they had ruined my favorite game, but I am pleased to see as the game progressed it opened up many ways to play the game. Ammo absorbing, elemental protection, nova blasts are just a few of the different types of shields that are substituted in place of health regeneration. Plus, the characters all have some form of health regeneration in their skill trees so it diminishes the loss of health regen shields.

A new aspect to the Borderlands franchise is Eridium. Eridium is found by killing enemies, completing quests, and looting containers. It’s also a big part of the main story as well as Jack is pumping Eridium into a certain someone in order to open the newest vault – which you are trying to stop. Another change is that you buy your ammo upgrades with Eridium in a special shop in Sanctuary instead of the vending machines as you did in the first Borderlands. Here is one minor complaint about this game: once you buy all of your upgrades (besides for the “You Will Die, Seriously!” mission), Eridium is useless. You can’t trade it to other people or your other characters. I think, perhaps with a future DLC, that Gearbox could implement a machine/store where you could trade in your Eridium to upgrade your guns to E-Tech weapons (which are pretty much guns on Eridium steriods). Again, a minor complaint, but I feel that it has potential to be more useful than it is at the moment. 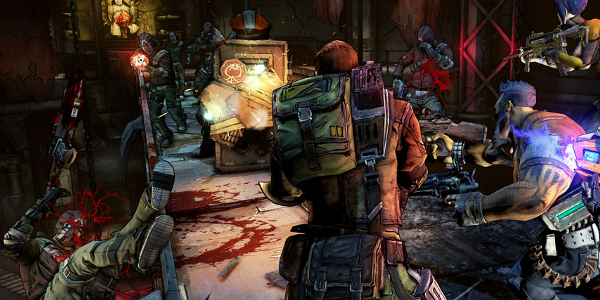 The main quest and side missions have a complete overhaul as well. Sure there are your “fetch and grab” missions too, but there are plenty of unique missions as well that require you to do things you don’t expect from a Borderlands game: protecting a robot, leading a bad guy to a tea party without him dying, and various others. References from numerous movies can been found throughout the missions. Infiltrating a pizza loving sewer-dwelling ninjas lair to a visit to a cape crusaders’ hideout. There are plenty of awesome Easter eggs and you don’t even have to look that hard! Even some Disney and Nintendo characters have made it into the game if you can find them!

Easter eggs are fun and all but when I think of Borderlands, I think of loot. This is the only area I feel that Borderlands 2 suffers in. Not that there isn’t lots of great loot, but the fact that chests don’t really seem to reward you with the kind of loot you expect – especially the red chests. This could have been my luck of the draw though. Other than that, the creativity in hiding or reaching these chests lacked. I like finding easy chests as well as the next, but I love being the first one in my group to find a chest that was way off to the side of the world in the “keep moving you’ll die out-of-bounds area.” I didn’t get that feeling while playing this sequel. It doesn’t take away from the game by any means, it’s just a nitpicky thing.

By far the best new addition to Borderlands 2 is the Badass Ranks. In its’ predecessor you complete challenges that gave you XP. Gearbox takes these challenges a step further by rewarding players a token for reaching a Badass milestone. Challenges range from getting kills with a certain type of gun, elemental damage, finding hidden symbols, and much more. The tokens once redeemed give you a randomized choice of certain stats that you can increase. Ranging from health increase, shield capacity, melee damage, reload speed, and many more. The best part about these Badass Ranks is they aren’t tied to a certain character, they factor across all of your characters. Meaning anything bonus ranks you earn with one character will carry over to each other character you have or create. There is also no set limit on how high you can extend your Badass Rank, so fans that continue to play the game years after will still be rewarded for their dedication. 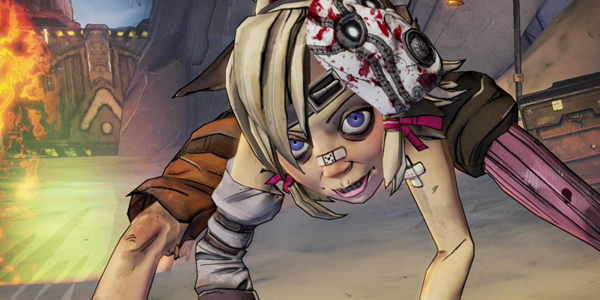 Making an appearance from the first game is all four of the original vault hunters. In fact, they are where most of your main quests will come from in attempt to keep Jack from opening the newest Vault. It’s great to see Gearbox flesh out the lore of the franchise and make you connect to the characters you played as in the first game. Speaking of NPC’s, if you thought that the first game had over the top dialogue and insane characters then you haven’t made it to Tiny Tina – who could possibly be one of my favorite NPC’s of all time. Her inner childish dialogue can only be matched by her love for bunnies and badonkadonks. Aside from Tiny Tina, there are plenty of other colorful characters you will get to interact with. Some you will know and some will be new.

Borderlands 2 is everything that we hoped it would be. It’s quite obvious that the amazing people at Gearbox have listened to feedback from their fans and turned this game into more than the original could ever have hoped to strive for. While I still believe Borderlands 2 is best played as a co-op experience with friends, it’s still just as easily a great single player game as well. Even with a few more games coming out this year, Borderlands 2 is my game of the year thus far.