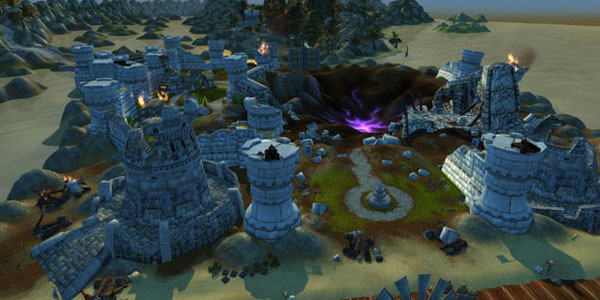 As has been noted before I’m currently reading World of Warcraft – Jaina Proudmoore: Tides of War by Christie Golden and I’m loving it. Though it’s definitely a book you’ll want to pick up ASAP if you want to be the nerdy one like me that can impress your guild mates with how much you know about Theramore’s Fall.

Everyone is logging in these days, even if they havn’t been on WOW in a long time. Big changes are taking place yet again and everyone wants to get their specs set up from the new 5.0.4 patch update. Certainly your friends will hear about the new scenario events and get into Theramore’s Fall. Then the questions will begin.

All the answers can be found and much more in the Tides of War novel which is a lovely companion to the in game event that is available at the lower than usual 85 level leading to Mists of Pandaria’s launch. Scenario’s in the future will be events that three level 90 characters can participate in after Mists is released.

Want to know more about what was going on with the Focusing Iris and the back story of the Horde plans against Theramore? Then this is definitely a read for you. I’m loving the book and Christie Golden’s writing gives newcomers enough details and only lightly brushes spoiler content, without bogging down the story with lots of backtracking. If you’re playing WOW you probably know what all is going on anyway. It’s difficult not to know the whole in-game story as it unfolds while you’re running randoms and conversing with other players. The book is a current events in the World of Warcraft adventure that’s worth taking while you’re waiting to train your companion pets or level up your first Pandaren.