Hot off the press from my fabulous Deep Silver contact, we have the first bit of information on the storyline and gameplay elements of Dead Island: Riptide.  Our same four familiar faces play the main roles, with a fifth character, complete with a new skillset different than the others, joining the fray as well.  The storyline is somewhat perfect for the horror-genre that this game comfortably rests within, in that the ending of the last game, where the characters start to finally feel safe, is just the beginning of an all-new nightmare.  Continue after the jump for the full-on text detailing everything we know so far!

Having survived the ordeals of the zombie infestation on the once beautiful island resort of Banoi, our group of survivors thought they had finally found a safe place to  escape from this terrifying nightmare. But they were wrong. Shortly after the battle-hardened team had landed their helicopter on a military ship, a furious storm hits and havoc quickly spreads on board. Suddenly they find themselves struggling for their lives again with all hope drowning in the rising waves.

With invigorating new elements infused into a proven mix, Dead Island Riptide will reanimate the zombie terror in the original game. A monsoon has hit the once beautiful archipelago and heavy rainstorms have laid waste to large areas of the islands. The city of Henderson and jungle areas on the island of Palanai were flooded leaving boats as the only remaining way of transportation. Dynamic weather conditions will force the team members to adapt to changing visibility conditions.

A fifth character will join the team, with an all-new and unique skillset. The combined skills of the group will be sorely needed, since terrible, new and unknown zombie
mutations have emerged all over the island.

In new hub defense missions, the coop teamwork skills of the survivors will be tested to the limit – they need to strategically place traps, fences and turrets to fend off oncoming Zombie onslaughts and to protect the humans in these sanctuaries.

Personally, I am very excited to get a look at this fifth character.  We’ve already got a blade expert, throwing expert, guns expert and tank-like blunt expert…  What’s left to be covered?  My best guess when I skimmed the press release initially was perhaps a combination of skills, but then that would make things unbalanced and everyone would just want to play as that new character.  Not to mention that the press release calls it an “all-new and unique skillset!”  So what do you all think?  What kind of unique skill-set does this character likely contain?

And I’m intrigued (and slightly concerned but withholding judgment until more information is revealed on it) by this “hub defense” mission gameplay that is talked about.  I’m not really a huge fan of the tower-defense genre of games so we’ll have to see how this one is implemented.  Interesting story-telling element though, with the defense of a group of survivors.  I am also very interested in these new coop features that were announced as well.  I’m looking forward to seeing what they have come up with exactly to make it a more “intense and strategic” experience for the players.

In addition to the narrative we were treated to a host of reveal assets as well.  Just seeing the below screenshots made me most excited for what is to come! 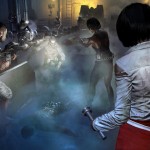 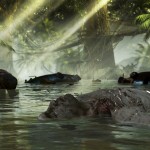 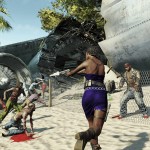 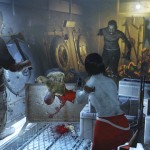 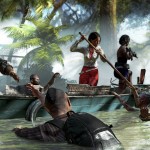 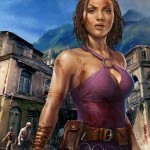