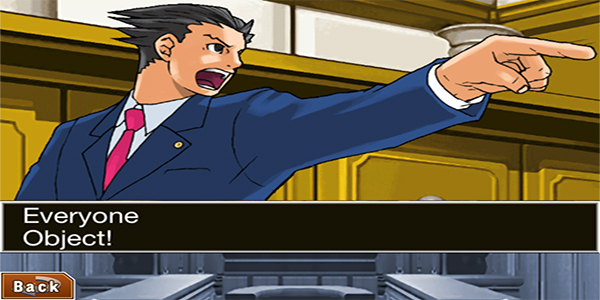 It seems that The World Ends With You won’t be the only popular DS game to receive an HD-enhanced iOS port. Capcom has announced that the Phoenix Wright: Ace Attorney trilogy on the DS (which was also on the Gameboy Advance, but only in Japan) will be available on the App Store for 5.0 or higher iOS devices. The first two out of five episodes for Phoenix Wright: Ace Attorney will be free to everyone, but the rest of the episodes and the other two games, Justice for All and Trials and Tribulations, will have to be bought separately or in a bundle.

The games will feature a new mode where players can express themselves, with the aid of some popular Ace Attorney characters. The main attraction, though, is the HD graphics. Characters and backgrounds look much, much better than they did in the GBA and DS versions. There’s no info yet on how much each game or the bundle will cost.