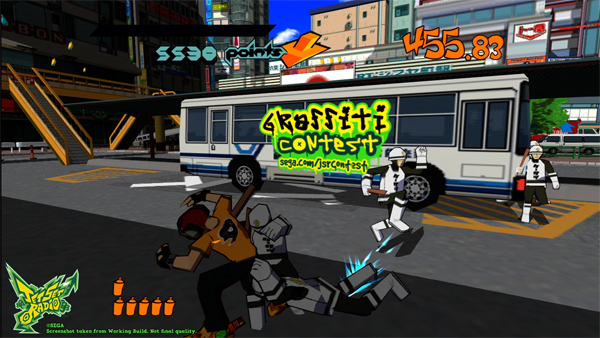 Jet Set Radio is set to tear up consoles yet again starting in September! Playstation Plus members are the first to get a chance to pick up the classic skater game on Sept 11th. Non-plus PS3 users will get the game a week later on the 18th. After that the Vita version will be available on October 16th. The rerelease will be available to Xbox Live Arcade and Steam users September 19th.

Originally available for the Dreamcast this game was called Jet Grind Radio in North America. The rerelease is priced at 800 Microsoft points on XBLA and $9.99 across the other venues.