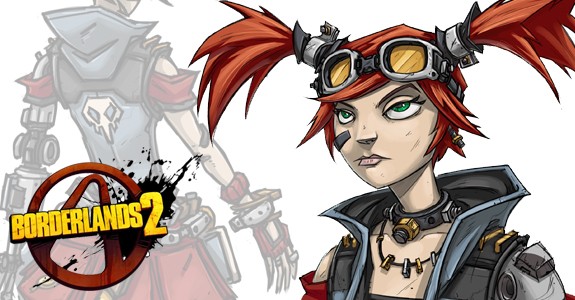 Some new information has emerged about Borderlands 2’s fifth character class; the Mechromancer.

The Mechromancer is a kind of cyber punk-looking character with goggles,  pigtails and a robotic arms, capable of summoning a giant robot called Deathtrap that when released, draws fire away from the player. Currently still unnamed, Gearbox described her as their “cutest” design ever and her skill tree is being designed around how great players are in the game.

Her first tree, internally being referred to as “girlfriend mode” (called Best Friends Forever in-game), has a skill named Close Enough. It allows for shots to ricochet from walls and hit their targets. This tree is being designed in mind for players who are not great at shooters. Countering this, they are thinking of the second tree to be like a hardcore mode, for the more experienced players. Other than the idea in mind, there’s no other information about this tree. The third and final tree is also being worked on with the only news available being its designed around electrical damage and shields.

Deathtrap, the sidekick robot, gains additional skills from the Mechromancer’s skill tree (think Mordercai with Bloodwing). One sees it heading towards enemies, opening up its arms and slapping them back together. This sets off a huge explosion that knocks enemies back called Explosive Clap. 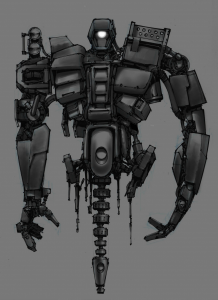 The Mechromancer will be available for purchase 60 days after launch while Europe gets it release date (she will be free for those who preorder the game however). Borderlands 2 will be released September 18, 2012.