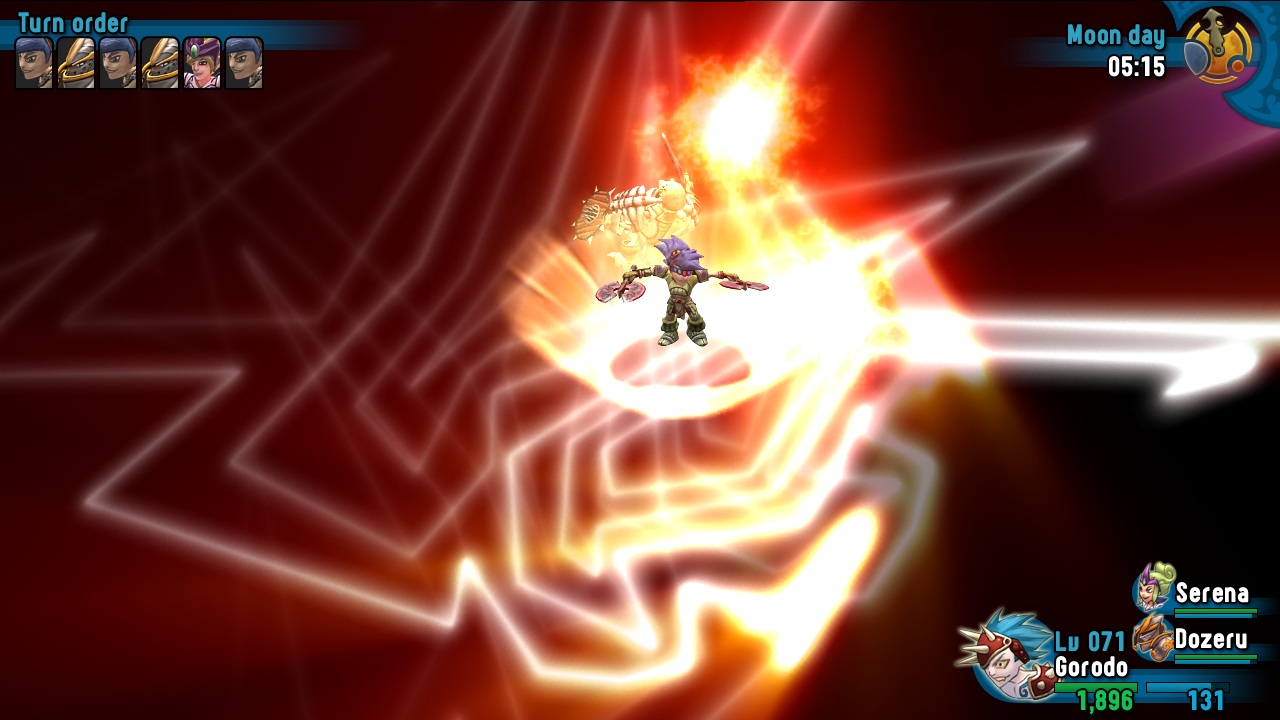 Welcome dear readers to the Rainbow Moon review; this is my review of the new tactical RPG exclusively released on the Playstation Network.  I have been reporting on this game for quite some time. It’s fair to say that I have been very excited for this title. Were my expectations too high for this one?

The short answer to that question is yes, the long answer shall follow. Rainbow Moon is a tactical RPG that is very reminiscent of Final Fantasy Tactics. You move and attack in a grid based format, level characters and experience a story. However, the quality of the story and the leveling process are sub par to say the least. The game fumbles on fundamental system and design levels.

Starting positively the games graphics are enjoyable. It’s basic cell shading with some very stylized character models. It’s basic but honestly for a $15 download title it is pretty impressive. The small stumbles begin with the audio. At first the music sets you in the mood, high fantasy, swords and sorcery. That will change quickly. The out of combat and in combat music repeat the same two tracks over and over again. It becomes very frustrating as there is no variety. 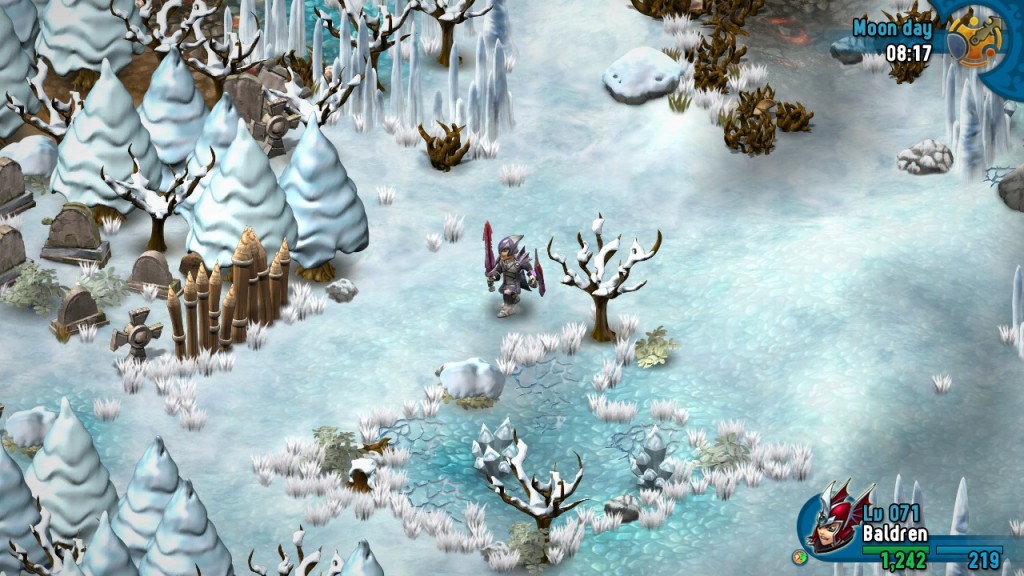 This was bad enough but it could be forgiven provided the game-play was solid and the story was strong. Unfortunately that is where Rainbow Moon makes its biggest misstep. The mechanics of Rainbow Moon seem unpolished. Simple things that games a decade ago got right are mishandled in big ways. If you pop in Final Fantasy Tactics or Fire Emblem, you will see better ways to handle combat. If I select the move option a grid appears showing me the range, I then select a spot on that grid to move too. Rainbow Moon does not follow this formula, instead the grid that appears flashes from blank to a brief symbol highlighting which direction on the directional pad you must place to move there. If you don’t notice this you will make incorrect moves that can cost you a battle.

Now surely this would be forgivable, I mean it’s a minor mechanical error but it can be overlooked right? Unfortunately, combined with the issues in the audio, battles can feel like a chore. The attack system suffers a similar problem. Often times, especially on ranged characters, you are displayed another grid well attacking; this shows you the characters range. Many times I found myself unable to aim within the grid, being restricted to a small radius within the grid. It boggles my mind why that part of the grid was even shown if it was completely unnecessary.[youtube id=”3h_xMAeGKo4″ width=”600″ height=”350″]

Now maybe I could forgive all of this, if the story was strong. However, due to possibly one of the worst decisions I have seen since Diablo 3’s always online DRM, experiencing the story is incredibly difficult. Rainbow Moon relies heavily on grinding; now I’m not talking your typical RPG grinding. One of my favourite RPGs of all time is Persona 3. Half of that game is climbing a tower grinding. In that game, you at least had an exploration element to the grinding. Rainbow Moon lacks that element, instead you have to wander around the small world map fighting the same monsters and repeating the same side quests. That is until you reach a high enough level to explore one of the dungeons, then you can progress through the story. Leveling in this game is not small feat it can take agonizingly long. That is of course unless you decide to visit the Playstation Store, there you can buy rainbow gems, in game items and currency to progress at a decent pace. To me this is unforgivable. If I pay you for a game I don’t expect to have to pay again to enjoy it. Hell, I could see this being acceptable if the game was free but that is not the case. After sinking in so many hours I’m left feeling disappointed. I barley got into the story yet I refuse to play anymore.

I wanted to love this game. I was excited for weeks but unfortunately, I cannot recommend this one. If you really love grinding or love paying for digital items in a single player RPG then go nuts. If you’re like me though then visit the Playstation Store, Final Fantasy Tactics or The Legend of Dragoon will set you back about $5.99. I’m sorry Rainbow Moon but for $15 I expect much more. Playing a game should never feel like work. I love RPGs, I even love grinding to some extent, but this was a case of too much time too little reward. Skip this one guys, hopefully we will see better things (maybe a sequel?) in the future.