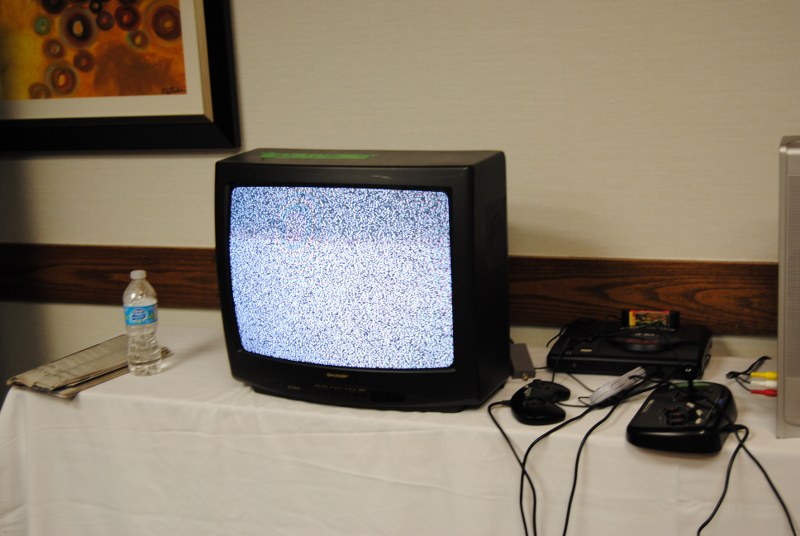 During the last weekend we at Broken Joysticks got the opportunity to visit Con bravo down in the Hamilton Ontario area as our readership is already aware – and let me give a shout out saying it was one of the best con experiences that we have ever covered. Meeting the Special Guests, the con goers themselves, and the staff was nothing short of epic amounts of fun – and we’ve made a note to put this down as one of our favoured cons for the future.

While the big coverage will be coming out as the week goes on, including interviews with Spoony, Doug, and others from Channel Awesome, we’d like to make a special note on something that we usually find more then a little mundane that we thought was exceptionally well done at this con – the gaming.

Typically during our visits to other cons, such at the New York comic con or even our local Toronto fan expo, we’ve found the gaming section to be a little on the lax side. Long lines, early builds built for demonstration purposes, and never a intimate experience of just getting to hang out with other gamers on a down to earth level. Universally as gamers we truly just want a fun experience – and typically we find those experiences by getting the opportunity to play against others who have the same tastes in games. While we do have to say that the selection was a bit unvaried – mostly fighters with a side dish of retro gaming – the atmosphere was always strongly positive. Personally I had the experience of getting to sit down and have a pretty good blaze blue player show me how the game played properly. This casual/friendly atmosphere in my experience is what makes a good experience for everyone. I’d also like to give a small shout out to the group who was loaning controllers to the players as at times there were not enough to go around. 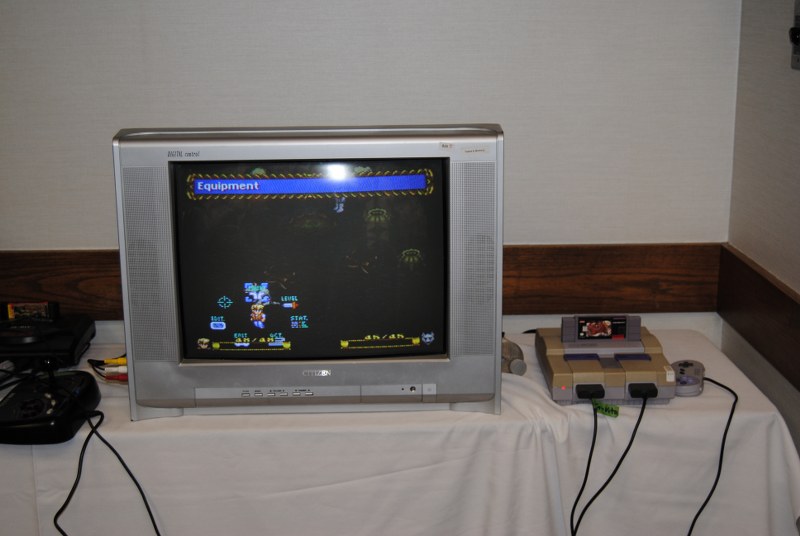 In short, for the bigger cons management that may at one point stumble across this, what make a good gaming experience is the other players. When we test play your early builds, or visit your gaming room, learn from little bravo and try to create that same relaxed atmosphere.

The gaming section of Con Bravo certainly gave us a sense of community. There is something about being able to pick up an N64 controller at one table, an NES pad at another and an XBOX 360 controller at the last one without trouble. The open and volunteer nature of Con Bravo’s gaming section meant that anyone entering the gaming room had a literal buffet of the last 25 years available to them. I’ve been lucky enough to be able to experience every system from the original NES in ’89 until the more modern Xbox 360’s and PC. I couldn’t help but wonder the whole time I was on the gaming floor – “Is this the first time some of the younger gamers here have experiences the original Mario Bros on the NES?”.

Gaming wasn’t just for the casual at Con Bravo either, the convention held a live Ultimate Marvel Vs Capcom 3 and Street Fighter IV: Arcade Edition tournament that was live streamed over the internet. On one half of the room held the air of a competitive arcade scene with gamers warming up on consoles and arcade cabinets lining the left side of the room complete with large screens showcasing the live stream the tournament. I’m not sure exactly how many people took place in this tournament but being able to watch the fights live was a real treat, the amount of skill – both in the coordination and timing departments – was nothing short of amazing. 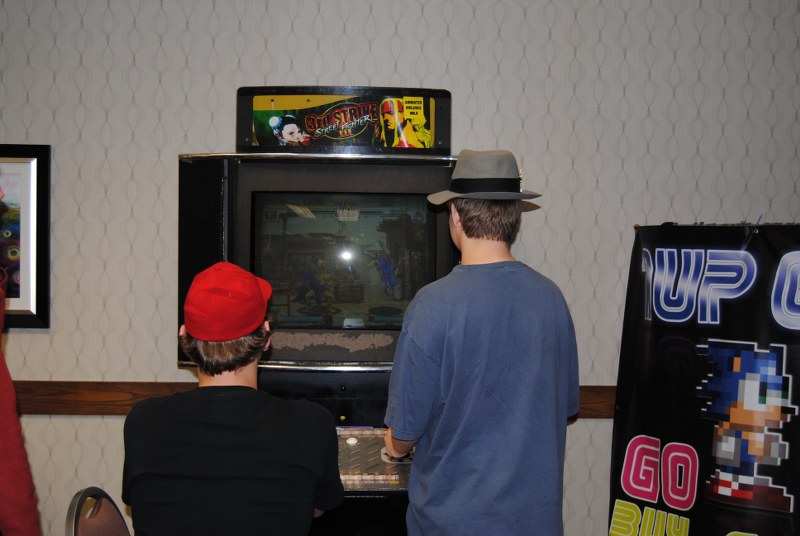 Smaller conventions certainly offer something that the larger conventions just can’t compete with – the ability to travel back in time and bring a small group of people with you. It was a pleasant experience to be playing Sonic Adventure 2 one hour and Mario Bros the next, all the while sitting next to some of the great people that I shared such an exciting weekend with. Being packed shoulder to shoulder can be a fun experience full of excitement but sometimes it is nice to just sit back and enjoy some games with people in a relaxed setting and Con Bravo was exactly that.